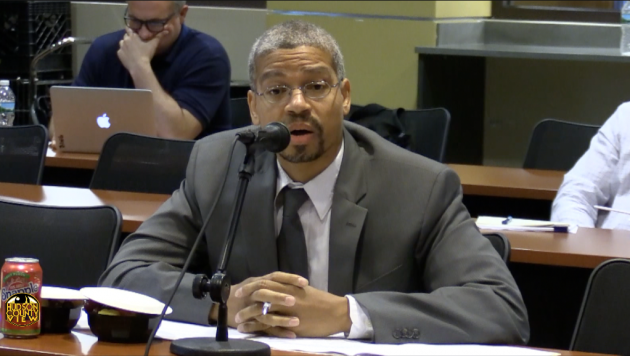 “However, the Commissioner disagrees with the Commission’s recommended penalty of censure and modifies the penalty to a reprimand.”

Former Superintendent of Schools Dr. Marcia Lyles’ contract was automatically renewed at the end of 2015 due to a provision in her contract and Richardson led the charge in trying to have the board take a vote on the matter, writing a letter to state leaders calling for “an investigation and immediate action.”

This resulted in ex-Trustee Matthew Schapiro filing an ethics complaint against him in June 2016, which did not see much significant movement until a state Office of Administrative Law judge called for a reprimand against Richardson on September 19th, 2019.

About two months later, that was followed up by the New Jersey School Ethics Commission voting to censure Richardson, he appealed that decision in early 2020 shortly after he was elected board president (he served as vice president in 2019).

While the DOE commissioner says Richardson “plainly violated the statute” by taking action on behalf of the board without their consent, the SEC incorrectly acted as if the trustee had four years of service under his belt – as opposed to one – at the time of the indiscretion.

Allen-McMillan also points out that the SEC incorrectly stated that Richardson did not include the board president and counsel on his petition of appeal, when he actually did just that.

She also dismissed the argument that a censure was necessary since a penalty of a reprimand would not carry enough weight in this situation.

” … The same penalty of reprimand is appropriate for appellant, who violated the Act by taking action against the Board but did not do so out of self-interest,” Allen-McMillan concluded.

“Accordingly, appellant is hereby reprimanded as a school official found to have violated the School Ethics Act.”

According to the NJ DOE’s bylaws, a reprimand can result in a trustee losing their certification from the New Jersey School Boards Association.

Richardson, who was re-elected to a three-year term last year, did not return an email seeking comment, while Schapiro, who now lives in California, took a parting shot.

“Under the leadership of Presidents Mussab Ali, Lorenzo Richardson and Sudhan Thomas, the JCBOE has been the most unethical Board of Education in New Jersey history. This is their first time facing accountability for their actions; it won’t be the last.”