After just over a six-month review, the Hudson County Prosecutor’s Office has announced that they won’t be pressing charges against the Jersey City police officers involved in the May 5th Bostwick Avenue brawl where at least one officer used his baton. 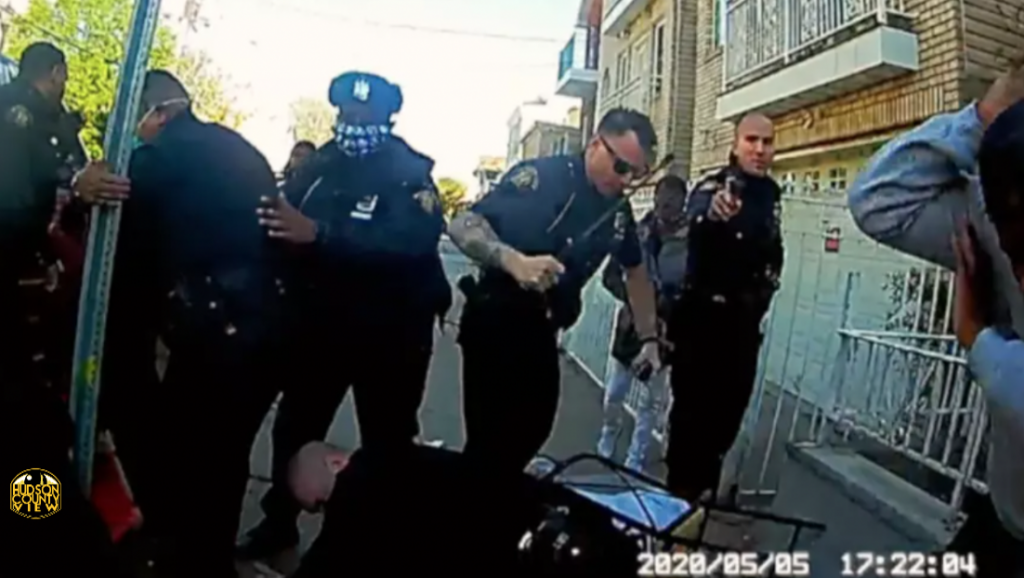 ” … While attempting to stop a physical altercation between two civilians fighting with each other, a responding officer had a juvenile actor reach toward his duty belt in a possible attempt to disarm the officer.”

She continued that the juvenile fled, leading the officer to initiate a foot pursuit, before being caught. At this point, he punched the officer in the head and other individuals got involved and began assaulting officers to interfere with the arrest.

The HCPO’s perspective that someone reached for an officer’s gun was expressed by Mayor Steven Fulop, Police Chief Michael Kelly, and Public Safety Director James Shea, at a press conference held within 24 hours of when the incident took place.

City spokeswoman Kimberly Wallace-Scalcione reiterated today that force had to be used after officers were attacked and that the administration’s track record for unnecessary of excessive force speaks for itself.

“This was an unfortunate and chaotic event that resulted in the officers on scene being forced to deploy legal and necessary force because they were attacked,” she said.

Just a couple days after the aforementioned presser, Black activists pushed back against that narrative, calling for Police Officer Bryan Rowan to at least be suspended as long as the incident is under review in light of a cell phone video that went viral on the HCV Facebook page – with over 18 million views as of this writing.

When Suarez’s office released the body camera footage of the incident in July, that group then called for Rowan to be indicted and fired, arguing that the latest videos showed a clear excessive use of force.

Ultimately, HCPO noted that after an extensive review that included speaking to eyewitnesses and sharing footage with the FBI and New Jersey Attorney General’s Office of Public Integrity and Accountability, they reached the conclusion that no criminality occurred.

However, the case will now go to the JCPD’s Internal Affairs Unit who can decide whether or not discipline is warranted for any of their officers involved.

“Based upon the totality of circumstances, there is an absence of proof beyond a reasonable doubt that these officers committed criminal acts. Accordingly, these officers’ use of mechanical force will not be presented to a Hudson County Grand Jury,” Suez explained.

“However, this does not end the inquiry.  This matter must now be reviewed by the Jersey City Police Department Internal Affairs Unit for an administrative investigation to determine if the officers’ use of force was consistent with the Attorney General’s Use of Force Policy and the Jersey City Police Department’s (“JCPD”) Use of Force Policy contained in JCPD General Order 02-16.”

Suez also called for more police training with an emphasis on de-escalation for officers across the nation.

Feds: Bayonne man who posed as teen online gets 22 years...

Police: Man with heroin passed out with car running in front...