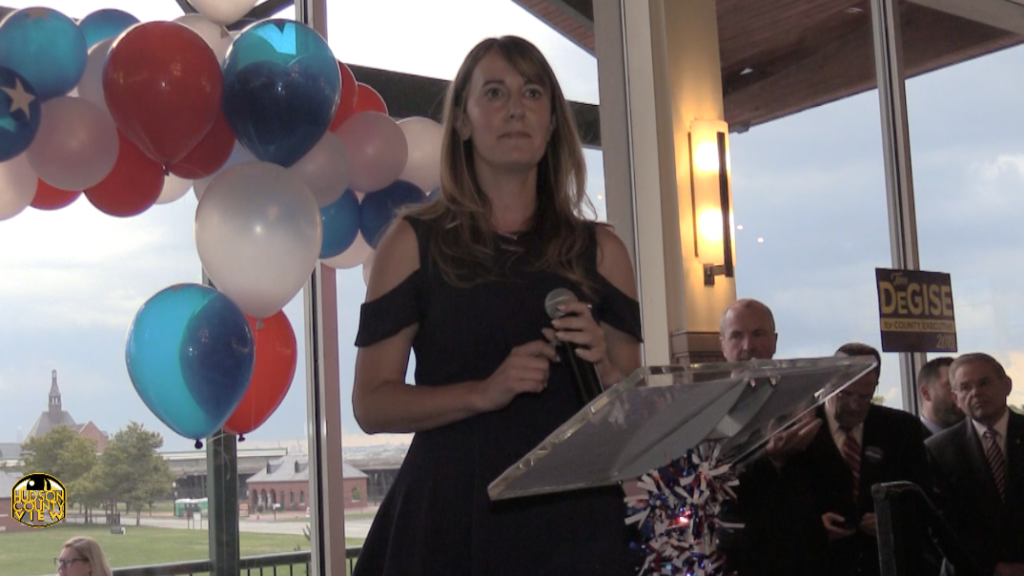 “Amy DeGise has established herself both here in Jersey City and throughout the state as a dynamic leader who cares deeply about issues that impact middle class families day in and day out,” Fulop said in a statement.

“As a lifelong resident of Jersey City who has seen the progress our community has made up close, an educator and a leader in our Democratic party, Amy brings a valuable perspective that will make her an asset both in the campaign and on the City Council. I look forward to working closely with her to continue moving our city forward.”

DeGise, the daughter of Hudson County Executive Tom DeGise, is the 8th member and first non-incumbent to join Fulop’s November 2021 re-election bid, that includes nine seats on the city council.

“Jersey City will always be my home and nothing means more to me than making sure it stays on the right path and continues to be a place we can all be proud of,” Amy DeGise said.

“I know that Mayor Fulop shares that commitment and it’s easy to see the progress that has been made under his leadership, from making our neighborhoods safer to building more affordable housing to modernizing local government and offering better services to residents while keeping property taxes stable. I’m incredibly excited for this opportunity to continue serving the city I love and I will work hard to earn every vote in this election.”

Tom DeGise, as well as Lois Shaw, Amy DeGise’s aunt, have both previously served on the Jersey City Council.

Lavarro, a potential mayoral challenger who has said to expect him to be on the ballot one way or the other in November, panned the decision.

“The only constant in Fulop’s nearly 16 years in office is that Fulop takes care of Fulop. Once upon a time, it served Steve Fulop’s political ambitions to fight the political machine,” he began.

“Today, it serves his political ambitions to cut backroom deals with them. At the end of the day, Steve Fulop governs Jersey City for himself and not for you.”

However, those plans quickly collapsed when Amy DeGise bested Stack in the battle for the HCDO chairmanship.