While he did not speak at length on the subject, Gov. Phil Murphy said last week that a $1.8 billion power plant that could potentially open in North Bergen by 2022 “is going through a normal DEP process” despite some criticisms on the subject. 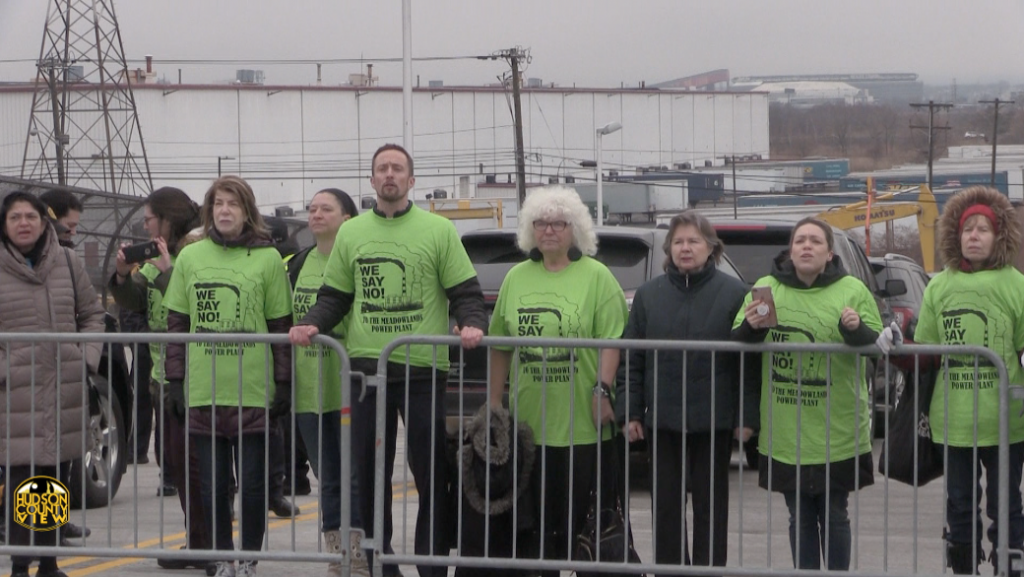 Chants of “No Meadowlands power plant!” came seemingly out of nowhere at the tail end of a ribbon cutting for the 69th Street bridge overpass.

Upon closer observation, about a dozen or so environmentalists that were part of the groups Food & Water Watch and GreenFaith.

When Murphy was asked to address their concerns, he indicated that the usual protocols in Trenton are being followed for the large-scale endeavor – nothing more and nothing less.

“My reaction is I respect their opinions enormously. That power plant is going through a normal DEP process, the Department of Environmental Protection, that’s a process that any project goes through,” Murphy said when speaking one-on-one with HCV.

“Win, lose or draw, any project, we need to understand what the facts are and make the right decisions on this and that’s what we do on every project. That’s what’s happening here. We’ve gotta call balls and strikes when we see them.”

During a media scrum after the presser, Murphy declined to comment on if he felt that the project went against his Green Energy policies, reiterating to the press at large that it was early in the DEP process and all the standard procedures are being adhered to.

With great fanfare, North Bergen officials announced in April that the 1,200 megawatt, natural gas-powered electrical plant was primed to come to the township by the end of 2022.

Some environmentalists have panned the project consistently since then, claiming that the facility would pollute New Jersey to provide electricity to New York City – as well as further tarnishing the Meadowlands.

The address, 25-31 94th St., is on the border of the North Bergen and Fairview, and while it is technically falls within the Meadowlands border, it is not part of the ecosystem of wetlands many New Jerseyans associate the name with.

“They call this the pristine Meadowlands? Are they kidding, we’re in an asphalt dump,” Sacco said during the power plant announcement last year.

North Bergen officials, as well as labor unions, have also argued that the power plant will generate at least $5 million a year in revenue for the township, as well as thousands of construction jobs.

Several Bergen County municipalities have passed resolutions opposing the project, but no one in Hudson County has followed suit yet.