West New York Board of Education Vice President Damarys Gonzalez will be the only trustee seeking re-election as nine candidates via for three, three-year terms on the board. 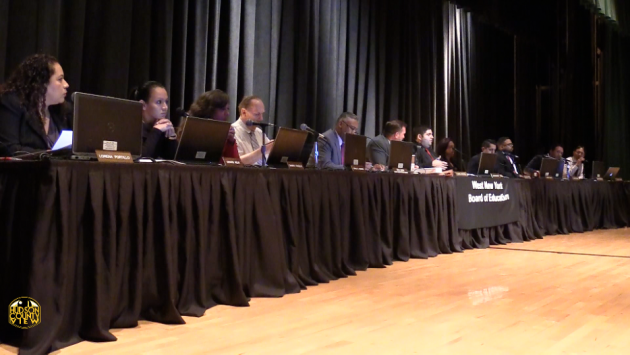 Gonzalez ran with the first incarnation of the Mayor Felix Roque-backed Children First slate in November 2014, with the four-person slate pulling off a clean sweep in that race.

Her running mates at the time were Steven Rodas, Dennise Mejia and Adam Parkinson. Parkinson was re-elected last year, while neither Rodas or Mejia will seek another term.

As only Hudson County View reported, Rodas and Town Hall employee Jose Alcantara, who came up short on last year’s Children First slate, were being promoted to run with Gonzalez this year but those plans recently changed.

Alcantara, who missed making the board by just 10 votes in 2016, will be running again, stating that he owes it to himself to give it another go after coming so close last time.

Rumored to be replacing them on the ticket are Town Hall employee Maite Fernandez and Jose Mendoza, both first time candidates for the BOE.

Another candidate seeking office for the second time is Parks & Public Property employee John Smith, a frequent critic of the Roque administration and a regular attendee of BOE meetings.

Furthermore, two thirds of the Save Our Schools slate has returned to the ballot: Alex Navas and Melinda Saunders. Their other running mate from last year, Ron Scheurle, finished in first place.

After a court challenge, Navas lost by just three votes and has previously said he plans to avenge the loss. Meanwhile, Saunders finished in a distant seventh place.

Expected to replace Scheurle on their team is Nico Behncke, another strong administration critic who recently spoke out against the current state of shared service agreements between the BOE and Town Hall.

Johanna Ortez, another first time candidate, rounds out the list of those who submitted their petitions for nomination to the Hudson County Clerk’s Office by yesterday afternoon.

The West New York Board of Education election is on November 7th.

ATU endorses Team Fulop: They ‘have demonstrated that they stand by...