A well-known political gadfly among Jersey City Board of Education circles, who was part of an ethics complaint put forth ahead of the board’s reorganization meeting in January, has filed another complaint against a different trustee up for re-election on Tuesday.Â 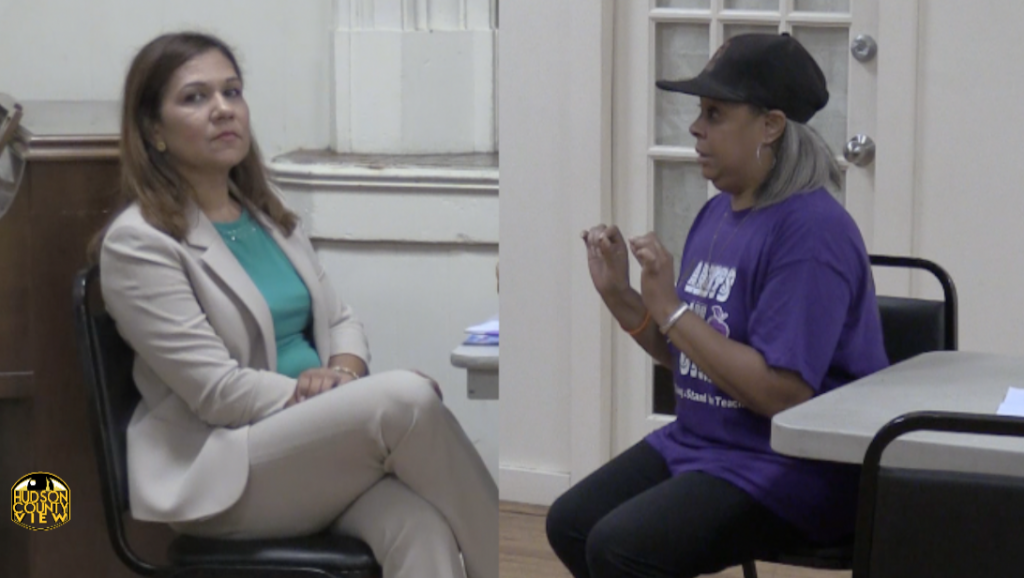 The 147-page complaint, which Monique Andrews says she filed on Tuesday, alleges that Trustee Vidya Gangadin, the board president in 2015 and 2016 (also vice president in 2014), hired family and friends in the district between October 2014 and March 2018.

A spokeswoman for the state Department of Education said that she could not confirm receipt of the complaint since the New Jersey Schools Ethics Commission does not discuss these matters until a decision is rendered.

The complaint details the hires, and subsequent promotions, of seven employees that are allegedly related to Gangadin. However, the complaint does not provide any explicit evidence that shows Gangadin and the employees are related.

â€œI knew about this for a while: she has a sister-in-law and a niece that work in the district. If there isnâ€™t anything here, then why werenâ€™t these people put in the CAMPS system? I donâ€™t put my name on anything unless I do my homework,” Andrews said, though did not clarify what proof existed to show Gangadin’s relationships to these employees.

According to Gangadin’s ethics disclosure forms with the state, she does not have any family members that work in the Jersey City Public Schools and was quick to dismiss the complaint when reached by HCV.

“The allegations are OUTRIGHT LIES, frivolous, desperate, and cheap campaign tactics at the 11th hour prior to an election. It’s politically motivated to smear my reelection. I HAVE NO FAMILY MEMBERS employed at our school district,” she exclaimed in a statement.

“What is real is that I have served as Board President two times and have worked with administration teachers parents and community to help regain local control. I am running for re-election to fight for continued progress in our public schools and provide the best education to our children. I implore Jersey City voters to vote 4I, 5I, 6I – Gangadin, Abadie and Smith – to provide innovative and inclusive leadership that is sorely needed in our board.”

Several people supporting Gangadin’s re-election, who spoke under the condition of anonymity, also pointed out that the overwhelming majority of the complaint would be thrown out since it did not meet the statute of limitations.

According to the NJSEC’s website, “Complaints must be filed within 180 days of notice of the events which form the basis of the alleged violation(s).”

When Andrews was asked about the possibility of the complaint being dismissed for not highlighting timely events, she said was fine with “letting the state decide” on how to move forward.

She also said she filed the complaint on behalf of “the kids that need help” in the school district and dismissed the notion that the complaint was filed as an election ploy.

“[Gangadin] can say what she wants, but my time is my time. Whether she gets re-elected or not, sheâ€™ll be off that board soon one way or another. You have to do the right thing by these kids and you need to stop playing,” Andrews responded.

The NJSEC’s site also indicates that “information which indicates the possible violation of any criminal law shall be provided to the Attorney General in compliance with N.J.S.A. 18A:12-28(d) and that Information about complaints may be shared as necessary for the Commission to meet its statutory obligation.”

The tail end of the complaint does mention something that occurred in the last 180 days: accusing Gangadin of “aiding, abetting persons to bring action agains the JCPS,” claiming that she conspired with former board employees to file suit against the district.

On June 29th, the board decided not to rehire eight administrators, who are now suing for age and/or racial discrimination.

In an interview with her running mates that was filmed on Monday evening, Gangadin spoke out against the situtation, indicating that the lawsuit could leave the district on the hook for $35 million.

“Itâ€™s a non-renewal, when the superintendent is making a recommendation for a renewal. Now weâ€™re faced with a huge liability …Â the claim is up to $35 million and thatâ€™s where weâ€™re heading to. If I tell you it sounds very capricious â€¦ absolutely,” she said at the time.

In January, Andrews, along with Shana Givens and Joan Terrell-Paige – the latter who is currently running on the Education Matters ticket that opposes Gangadin’s slate – compiled a lengthy complaint that questioned whether Trustee Luis Felipe Fernandez would profit off a potential charter school partnership with the JCPS.

Fernandez was expected to seek the presidency for the Jersey City BOE the next week, but that didn’t end up being the case and Sudhan Thomas took over the post.

Today, Fernandez told HCV he was never formally served the complaint, a response that Andrews corroborated.