â€œHeading into the new year with the most diverse set of committee chairs in New Jersey history, I am inspired and hopeful for whatâ€™s to come,â€ Sweeney said in a statement last week.

â€œWe are an extremely diverse state and it is critical those in power and sitting at the decision making table reflect that fact. Having committee chairs with different backgrounds and life experiences will allow us to pass legislation which takes into account the concerns of all New Jerseyans.â€

Stack previously served on the Judiciary and Budget and Appropriations Committees, but has been moved to the committees for Community and Urban Affairs and State Government, Wagering, Tourism and Historic Preservation.

NJ Globe first reported the shakeup and Stack told them that “it’s always about the people,” indicating he was not bothered by his new assignments in Trenton.

About a month ago, Stack, along with state Senator (D-32)/North Bergen Mayor Nick Sacco came out against the legislative redistricting bill, stating that it would “create an imbalance of power.”

Sweeney was the main sponsor for the bill and Gov. Phil Murphy (D), who was at odds with the senate president for a good portion of 2018, came out against it.

Ultimately, the bill never ended up being voted on in either the state assembly or senate.

Meanwhile, Hudson County will still have representation on the Budget and Appropriations Committee: state Senator Sandra Cunningham (D-31) was designated vice chair for the 2019-2020 fiscal year. 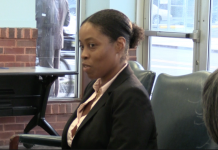 Hoboken announces 2 more diagnosed cases of COVID-19: one man in...

Hudson Dems rally for Menendez, who takes aim at Hugin, at...