With the Hoboken ward council races seven weeks away, 2nd Ward Councilwoman Tiffanie Fisher and challenger Nora Martinez-Debenedetto are laying out some of their ideas for pedestrian safety. 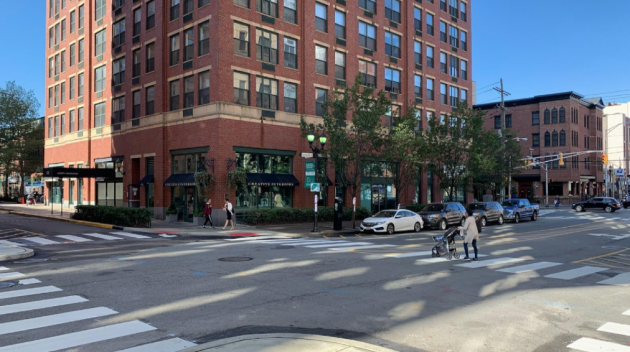 â€œHoboken is not a suburban enclave where every trip out for a gallon of milk involves strapping the kids into an SUV, but rather a town in which people walk to run many of their errands or to just get around,” Martinez-DeBenedetto said in a statement.

â€œThis should not mean taking your life in your hands, dodging distracted or speeding drivers.â€

Some of her proposals include utilizing raised intersections near 15th and Bloomfield Streets, 15th and Washington Streets, and at the entrance of Elysian Park at 11th Street, painting street art, implementing traffic circles, lowering some local speed limits to 20 miles per hour and a zero-tolerance policy for illegal E-scooter use.

Meanwhile, Fisher pointed out that she has worked with the administration to achieve several of the aforementioned goals, most recently at the intersection of 14th Street and Shipyard Lane.

â€œMaking safer streets for pedestrians has always been one of my top priorities even before I was elected to City Council and Iâ€™ve been proud to bring much needed traffic calming measures across the Second Ward,” the incumbent stated.

“Just this week we saw necessary street infrastructure upgrades on 14th Street at the intersection of Shipyard Lane that I have worked with the administration to implement including new crosswalks, curb bump outs, and street narrowing to finally provide safe passage for those entering the intersection. This is in addition to new stop signs, street redesigns and eScooter regulations for which I am an untiring advocate.”

She added that her opponent is supporting “many of the initiatives I’ve already brought to our neighborhood” and that traffic safety remains a top priority.

In a mass email sent out on September 4th, Fisher discussed a variety of traffic safety issues such as traffic light timing and calming, pedestrian signage and new traffic lights and various locations throughout the ward.

Pedestrian safety has been a hot button issue in the Mile Square City for ages, but has received further scrutiny in light of the city cancelling their E-scooter contract with OjO after a rider hit a woman and her baby last week.

Both victims only sustained minor injuries as a result of the accident.

The Hoboken ward council races are on November 5th and Martinez-Debenedetto is running on a five-person slate backed by Mayor Ravi Bhalla.

8th District congressional challenger Rojas drops out: ‘Success is not a...