Hoboken Police Chief Kenneth Ferrante says that the conduct of the officers charged in George Floyd’s murder “would never be tolerated in Hoboken” in light of three additional Minneapolis cops being charged today. 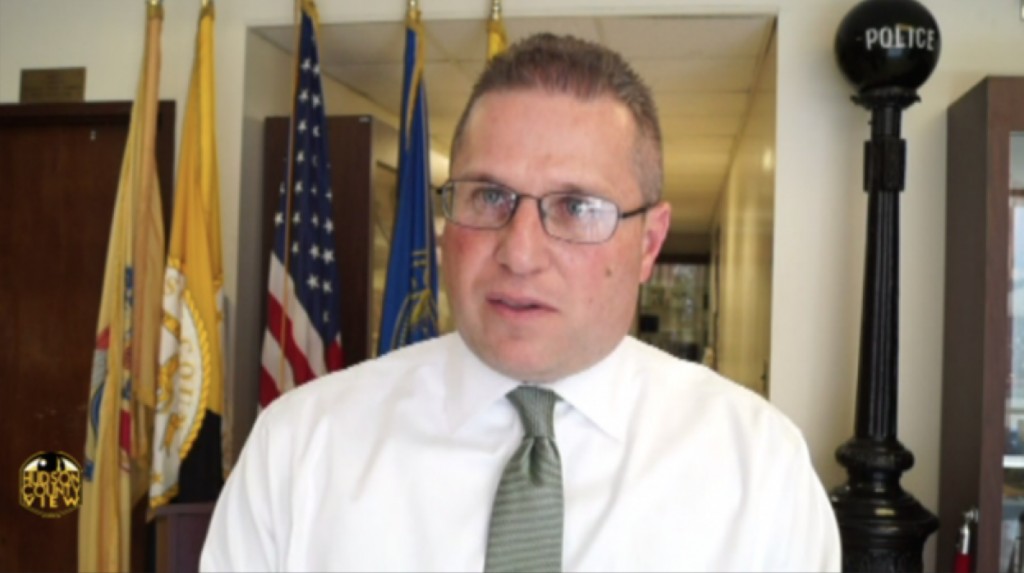 ” … We now have moved onto a phase of civil unrest in our country brought on by the heinous killing of George Floyd in Minneapolis, and the generations of racism in this country that has brought about movements such as Black Lives Matter over the past decade,” Ferrante said in a statement.

“The conduct of those four officers, in their flat out abuse of a handcuffed black man, who was being arrested for passing a counterfeit $20 bill, which resulted in his death, is conduct that cannot be accepted by any officer in the United States. The other three officers were finally criminally charged a little while ago. The tactic that was used by those officers is not part of any training taught in New Jersey and one that would never be tolerated in Hoboken.”

In addition to Derek Chauvin, who has since been fired, Thomas Lane, 37, J. Alexander Kueng, 26, and Tou Thao, 34, have all been charged in Floyd’s murder – specifically aiding and abetting murder – The New York Times reported.

Ferrante reiterated that there have been no civil suits for excessive force or racial bias against Hoboken police in six years, as well as that the department has been working around the clock to ensure that Friday’s protest of George Floyd’s murder is peaceful.

The burden of the responsibility on me is to ensure that I direct our officers and the other agencies who will be assisting, to make certain we maintain a peaceful march. While we are prepared to work with the organizers for the duration of the event, we are also prepared to attempt to prevent or respond to any negative situation that comes our way,” he added.

“I, as well as all of my officers, have taken an oath to protect and serve, under the authority of the people, and that is exactly what I have done during my tenure and will continue to do Friday and beyond.”

The protest is scheduled for Friday at Maxwell Place Park, set to begin at 1 p.m. and hosted by a group called Allies 4 Justice.