Campos and his co-conspirators fraudulently obtained millions of dollars in car loans by using at least 20 straw buyers to acquire more than 200 new automobiles based on false representations that, among other things, the straw buyers would use the cars for their personal use when, in truth and in fact, Campos and his co-conspirators obtained the vehicles in order to lease as livery cabs.

“He recruited straw buyers to obtain loans for cars supposedly for â€˜personal use,â€™ when in fact they made up a fleet of over 200 vehicles Campos and his co-conspirators leased to livery drivers. Campos now awaits sentencing for this massive fraud.â€

Between approximately October 2012 and September 2013, Campos and Alvarez, among others, orchestrated a scheme to fraudulently obtain new automobiles that they intended to lease to livery cab drivers, authorities said.

In order to secure financing in connection with the purchase of these new cars, Campos and other co-conspirators enlisted and aided individuals with good credit histories (â€œstraw buyersâ€) to submit fraudulent car loan applications to numerous lenders, according to court documents.

The auto loan applications submitted by the straw buyers falsely represented that the vehicles would be used for the buyersâ€™ personal use, rather than as part of the defendantsâ€™ leasing business, the indictment alleged.

In addition, in many cases, the car loan applications misrepresented personal information about the straw buyers, including their incomes and assets.

Campos also caused financing applications to be sent to multiple financial institutions at the same time so that the lenders would not know that the straw buyers were incurring obligations to other lenders in connection with the purchase of multiple new automobiles.

In total, the scheme carried out by Campos, Alvarez, and others involved at least approximately 20 straw buyers, the purchase of more than approximately 200 new vehicles, and more than $7 million in fraudulently obtained loans from a variety of financial institutions. Most of the loans ultimately went into default. 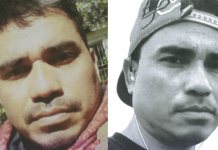