A former North Bergen High School teacher made bold accusations regarding the role politics play in the school, but allies of Mayor Nick Sacco have since countered the claims made in the video interview, claiming the teacher is “facing formal charges” as a result of her allegations.Â

The April 20th interview, where it is unclear who the interviewer is, has Sarah Guillen claim that the politics which exist in NBHS caused her to leave the school after the 2012-2013 school year. She adds that she now teaches French in an unnamed New York City school.

In the video, she says she began working at NBHS in February 2011 and is “outraged” with election-related “propaganda” touting the accomplishments of the school district.

While she called the students in the AP French program, which she was teaching at the time, “amazing,” she added that it didn’t matter because “all that mattered was politics.”

Guillen goes on to state she was forced to buy tickets to political fundraisers, as well as to knock on doors during elections, in order to remain in good standing within the school.

Additionally, she alleges that supervisors were never in school on election days because they would take off to work the polls, later saying that it was “recommended” by a supervisor to give the daughters of both the vice principal andÂ a townshipÂ commissioner, respectively, “A’s” regardless of their actual work output in class.

The students or officials in question were not mentioned by name in the interview.

The video is seven minutes and 11 seconds long and is available on Larry Wainstein’s, Sacco’s main opponent in the May 12 municipal election, YouTube page.

Meanwhile, the North Bergen Board of Education election took place on April 21, with the three candidates endorsed by Sacco sweeping the election.

The next day, April 22, Sacco posted a video on his Facebook pageÂ where Denise Arenas, a North Bergen High School vice principal, and Hugo Cabrera, the township commissioner of parks and recreation, firing back at the claims made by Guillen.

Both officials said that their daughters, who are now freshmen in college, graduated at the top of their class and were never even enrolled in Guillen’s AP French class.

“This woman, to make these claims, when all she, the only interaction she ever had with them was when she was a substitute (teacher), which cannot give grades … it’s disgusting, disturbing and someone should really look into this woman,” Cabrera says in the video.

A voiceover from an anonymous woman in the video states that Guillen is “facing formal charges that she is unfit to be a teacher” and is “in big trouble.” The video does not make any mention of litigation or any other formal legal action against Guillen.

Finally, last night, posting on an anti-Nick Sacco Facebook page, Guillen wrote a lengthy response to the video challenging what she initially said, claiming she contacted the FBI and even wrote to the White House in 2011, for the same reasons she stated on camera.

Furthermore, although she says she never had the daughters of either Arenas or Cabrera in her AP French class, she retorts that assigned them grades when she took over a “financial literacy class” for the fourth marking period of 2011 after the teacher of the class resigned.

Guillen also alleges that even though her termination letter, dated June 28, 2013, says she would not be brought back due to financial reasons, another teacher was hired to teach the same class the following school year.

The Sacco and Wainstein factions alike have been taking a no holds barred approach leading up to the May 12 municipal election, with each side taking aim at one of their opponent’s respective board of education candidates prior to the April 21 BOE election. 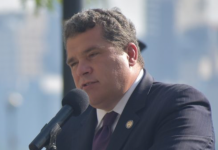 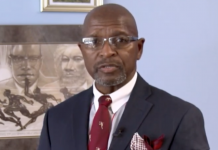 Parent activist group hosts Q & A session with all 8...