A former Kearny councilman has been sentenced to five years in prison for his role in a $13 million mortgage fraud scheme, U.S. Attorney Paul Fishman announced.

John Leadbeater, 59, of Kearny, previously pleaded guilty before U.S. District Judge Jerome B. Simandle to a superseding indictment charging him with conspiracy to commit wire fraud.

They then recruited â€œstraw buyersâ€ from New Jersey, New York, Ohio, Arkansas, and California to purchase those properties. The straw buyers had good credit scores, but lacked the financial resources to qualify for the mortgage loans, authorities said.

According to court documents, the conspirators created false documents, including loan applications that contained fraudulent financial and employment information, to make the straw buyers appear more credit-worthy and induce the lenders to make the loans.

Once the loans were approved, Leadbeater and his conspirators created and signed fraudulent closing documents in order to induce the mortgage lenders to send the loan proceeds in connection with real estate closings on the properties, officials said.

Leadbeater admitted to personally participating in fraudulent activity related to nine properties in Wildwood and Wildwood Crest. He also admitted causing mortgage lenders to fund $4,711,557 worth of mortgages based on the bogus loan applications and closing documents prepared by him and his conspirators, court documents say.

In addition to the prison term, Judge Simandle sentenced Leadbeater to five years of supervised release. A restitution hearing has been set for July 28. 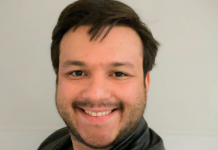 LETTER: In New Jersey, insurrectionists aren’t the only threat to democracy