A new ethics complaint filed against Jersey City Board of Education Trustee Mussab Ali questions if he is allowed to reside in Beijing, China as he completes a prestigious master’s degree program at Tsinghua University. 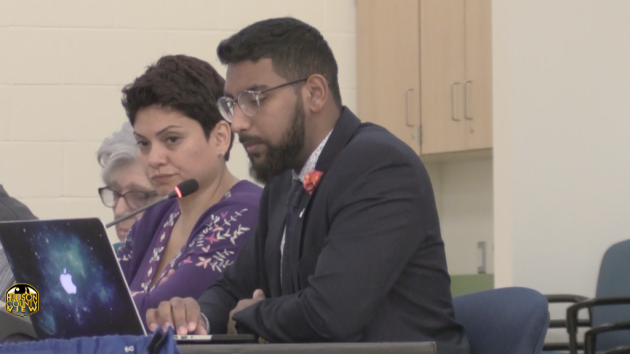 In a complaint filed with the New Jersey Department of Education on Tuesday, January 28th, former Jersey City BOE Trustee Matt Schapiro notes that he resigned his board seat last year after learning that his family would be relocating to California, in accordance with N.J.S.A. 18A:12-1.

He contends that this same statute applies to Ali, who has been residing in China since August to complete the Schwarzman Scholars master’s degree program and will be there through July – though the school is currently on break to celebrate the Chinese New Year.

According to state statute, BOE trustees can be removed if they miss three consecutive meetings, though they also have the option of calling into the sessions.

In the complaint, Schapiro says it appears the Jersey City BOE adopted a policy solely for the benefit of Ali on September 26th, 2019 when they changed their removed limitations on remote participation via electronic devices.

Furthermore, the complaint alleges that the fact that China is an authoritarian nation is problematic since the government monitors all electronic communications, leaving no guarantees that confidential information discussed in executive session will remain private.

Another concern raised in the complaint is that Ali will not be able to perform all the duties of a trustee while in another country.

“At the very least, the people of Jersey City deserve board members who follow the law. In this new era of accountability for the JCBOE, Mr. Ali, Sudhan Thomas, and any others who misuse the district for their own benefit should be held responsible for their actions,” Schapiro told HCV.

Nevertheless, Ali said that he isn’t concerned about the allegations being brought forward, calling them a “distraction” as the board prepares for another difficult budget season.

“This complaint is nothing more than a distraction at a time when our board needs everyone to work together to solve our budget crisis,” he said.

“I have been in attendance at every official board meeting and have been 100 percent committed to the students of Jersey City Public Schools.”

Jersey City BOE President Lorenzo Richardson is currently appealing a censure from the New Jersey School Ethics Commission, which came to fruition as the result of a separate ethics complaint filed by Schapiro – a frequent opponent of the Jersey City Education Association during his tenure on the board.