All six ward city council seats are up for grabs in tomorrow’s Hoboken municipal elections, where the outcome certainly has the potential to set the tone for 2021. 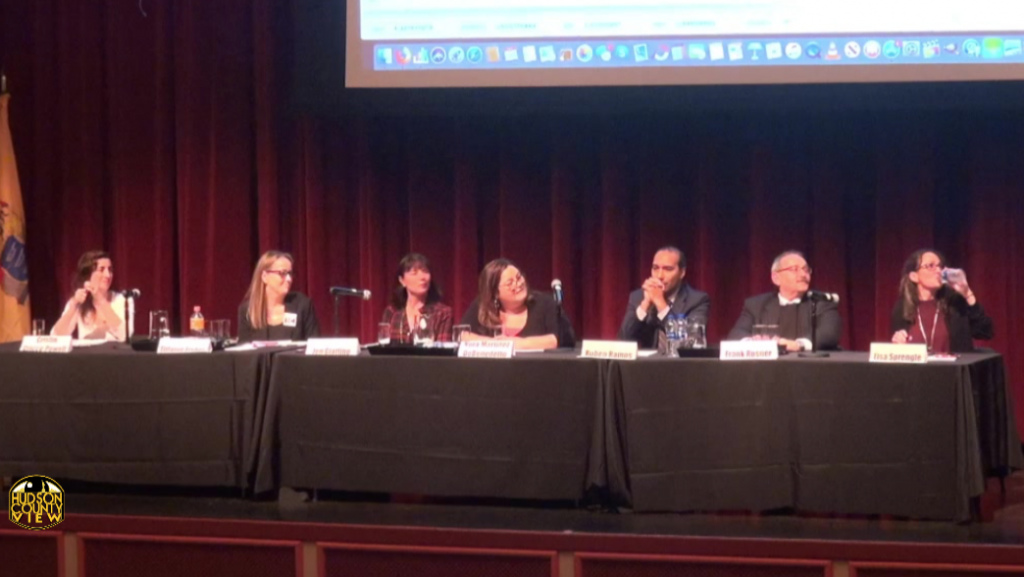 Voters will select their six ward council representatives, where five of the six incumbents are seeking another four-year term. 5th Ward Councilman Peter Cunningham is not on the ballot, deciding in July that he would not seek a third term.

Mayor Ravi Bhalla is backing five candidates in Wards 1, 2, 4, 5 and 6 and is looking to gain the majority on the nine-member city council, where he currently only has two staunch allies.

The 5th and 6th Ward races are both three-way dances, with Phil Cohen, Tim Crowell and Nicola Maganuco lookin to succeed Cunningham, while 6th Ward Councilwoman Jen Giattino will square off with Cristen Cricco-Powell and Frank Rosner – the other independent challenger on the crowded ballot.

Martinez-Debenedetto also has a formal endorsement from Councilman-at-Large James Doyle, though it’s quite clear he’s rooting for the entire Bhalla team (as is Councilwoman-at-Large Emily Jabbour).

Cunningham has endorsed Crowell (while also making it quite clear he really hates Cohen), Fisher and Giattino. The councilwomen have also endorsed each other.

Arguably the most remarkable thing about this Mile Square City showdown is that three outside interest groups are involved in a council contest, something pretty unheard of in New Jersey.

NJ Community Initiatives, New Jersey Democracy in Action, and Stronger Foundations, the super PAC arm of the The International Union of Operating Engineers Local 825, have all gotten involved in some way, shape, or form.

NJ Community Initiatives earmarked $19,420 towards campaign literature for Pagan-Milano, NJDA (a non-profit with very little public information available) sent out an attack mailer against Cohen on Friday, and Stronger Foundations spent a nominal amount of money on Facebook ads for Pagan-Milano, Martinez-Debenedetto, Russo, Cohen and Cricco-Powell.

Currently, their ads are only running for Pagan-Milano, Russo and Cohen.

Local 825 had previously backed the aforementioned candidates, along with Ramos, though he’s the only one who has not received any social media support from Stronger Foundations as a result.

The pro-Bhalla effort is expecting Cohen to win easily in the 5th Ward.

This result, in it of itself, would not result in a historic momentum shift, though it would provide the mayor some breathing room in a veto override situation since Russo and Councilwoman-at-Large Vanessa Falco have voted against such a measure in at least one instance.

Additionally, if he only gains one seat, it would probably equate to DeFusco (though there’s no guarantee that he wins) calling for a 2017 rematch much sooner than later, though it remains to be seen if any of his council colleagues end up being interested in entering the fray if they also enter the winner’s circle tomorrow night.

Team Bhalla is also turning up the heat in wards 2 and 6. If they can grab one of those seats, it would turn the council into a rarely scene scenario where many pivotal votes would likely be a 4-4-1 split, with Russo being the deciding factor.

If they manage to get both, Bhalla has clear cut control of the council, making a re-election bid in 2021 at least a little less hectic as DeFusco would be in the minority.

Runoffs in the 5th and 6th Wards are possible, which would us to uncharted waters since Hoboken has never had December elections before.

In a joint effort with Stevens and the local Quality of Life Coalition, HCV co-hosted two debates last month that all candidates participated in if you’d like to hear where they stand on certain issues.