In the final campaign expense reports filed prior to the November 7th elections, Hoboken 1st Ward Councilman Mike DeFusco leads the field of six mayoral hopeful with nearly $142,000 on hand. 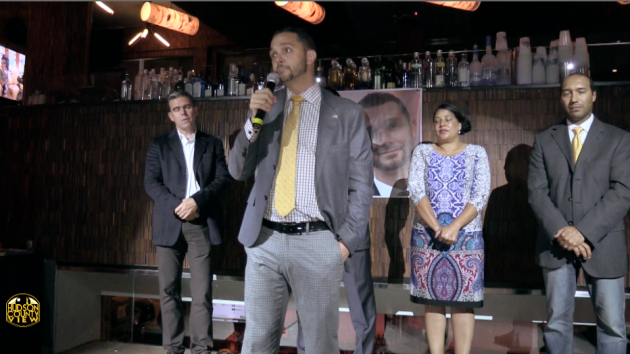 This should come as no surprise, given that seven prominent Hudson County trade unions endorsed DeFusco last month.

Along the same lines, Local Union No. 464 Cope Account donated $24,600 to Team DeFusco on September 8th, with the NJ Association of Pipetrades PAC Account chipping in $10,000 on September 11th, according to the slate’s October 13th filing.

Additionally, Michael Flett, one of DeFusco’s running mates, as well as his wife Michelle, each gave the team $7,800 on September 18th.

Not too far behind DeFusco is Councilman-at-Large Ravi Bhalla, who reports raising $284,696 as of October 9th, bringing in $132,837 since the second quarter.

However, Bhalla has been spending camapign cash nearly as fast as he’s bringing it in, with just $21,517 on hand.

The bulk of Bhalla’s contributions came from the Sikh community across the country, ranging from Hoboken to Southlake, Texas.

One donation of note is a $1,000 check from the Lester E. Taylor for Mayor of East Orange account on September 7th, according to Bhalla’s October 10th ELEC filing.

Council President Jen Giattino, who has not previously filed an ELEC report since she filed less than five months prior to the due date of the 29-day report, raised $136,201 and has $59,833 on hand.

Based on the Jen Giattino for Mayor report October 11th filing, Giattino received $1,000 each from council colleagues Tiffanie Fisher and Peter Cunningham, who have both endorsed her candidacy, on June 27th and July 17th, respectively.

Contributing to the Team Giattino fund was Enterprise Association Steamfitters L.U. No. 638 PAC, who gave $2,000 on August 27th, Hoboken PBA Local No. 2 chipped in $500 on September 18th, while council candidates Jim Aibel and Jason Ellis threw in $1,600 and $1,500, respectively.

Lenz also added another $500 to the cause on October 6th.

Additionally, Giattino dumped the majority of the money in her mayoral account, $22,000, into the team account on September 8th.

Those numbers are puzzling, given that Romano has done at least three mailers, a TV commercial and other advertisements, a fact that was not lost on DeFusco, who has punched at Romano early and often in this campaign.

â€œThis latest example of Anthony Romano ignoring campaign finance law and denying Hoboken voters the right to see who is funding his campaigns is simply outrageous and should be disqualifying for his candidacy,â€ DeFusco said in a statement.

â€œWithout this vital information, Hoboken voters have no idea what special interests are funding Romanoâ€™s campaigns for Mayor and Freeholder, how heâ€™s spending money and what activities his campaigns have done.”

DeFusco added that Romano failing to file shows “a total disregard for transparency and open government,” a tone he has taken with his opponent before.

“We do everything according to ELEC laws and we will continue to focus our campaign on issues and policies that are important to the residents/voters of Hoboken, not on individuals from the Defusco campaign,” said Romano campaign manager Pablo Fonseca, who declined to comment further.

Finally, business owner Karen Nason reports raising $11,842 to date, with $2,300 coming since the second quarter. She now has $1,226 on hand, according to her October11th filing.

Nason and Giattino are the only registered Republicans seeking the mayor’s seat in the Mile Square City.

Activist Ronald Bautista did not file a 29-day report with NJ ELEC, according to their website.