Despite talks swirling of Jersey City Mayor Steven Fulop heading for greener pastures before the November 2021 mayoral contest, he certainly appears poised to seek a third term by having already raised over $1.2 million with nearly $950,000 cash on hand. 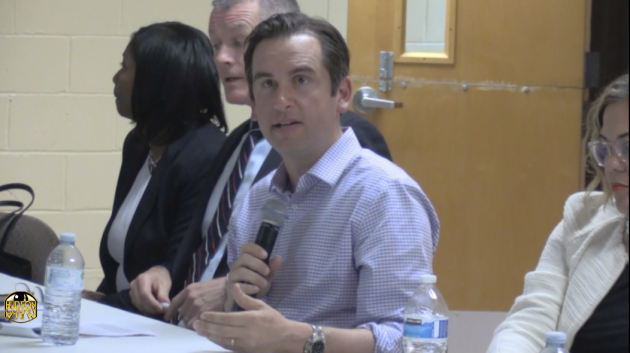 Fulop has raised about $1,200,302 to date with well over two years to spare before the next Jersey City municipal elections, with roughly $255,178 raised this quarter, according to a July 15th report filed with the New Jersey Election Law Enforcement Commission.

The significant portion of those contributions came from Jersey City residents and government employees, though a select few donations were from as far away as Chicago and Los Angeles.

Despite talks swirling of Jersey City Mayor Steven Fulop heading for greener pastures before the November 2021 mayoral contest, he certainly appears poised to seek a third term by having already raised over $1.2 million with nearly $950,000 cash on hand.

“Weâ€™re in a much better place than we were two years ago in 2017 and weâ€™re fully focused on getting re-elected in 2021 and the early support speaks to that,” Fulop said over the phone this morning.

Mostly devoid from the list of supporters are other politicians or entities, with the exception of the re-election campaign of Elizabeth Assemblyman Jamel Holley (D-20) donating $1,000 on June 11th and Passaic County operative Keith Furlong.

The Jersey City mayor cruised to re-election in 2017, garnering a whopping 78 percent of the vote in a head-to-head contest with former city Corporation Counsel Bill Matsikoudis.

Council President Rolando Lavarro, who called for the U.S. Attorney’s Office to investigate Fulop after Bloomberg reported on potential conflicts of interest related to his home renovations, has been rumored to be the most likely challenger for the incumbent – for now.

However, given that the race is still 28 months away, it will probably be quite some time before any challenger formally declares that they’re ready to go toe-to-toe with Fulop.

Furthermore, according to ELEC rules, municipal candidates in New Jersey aren’t required to file quarterly reports unless they have declared more than five months prior to the date of the 29-day pre-election report.

Councilwomen Denise Ridley and Mira Prinz-Arey both filed for re-election in May, while Ward E Councilman James Solomon filed in April.

As for the three at-large council members, Daniel Rivera and Lavarro haven’t filed this year, while Joyce Watterman reports just $1,936 on hand as of July 17th.