The final pre-election reports filed with the New Jersey Election Law Enforcement Commission indicate that Bayonne Mayor Jimmy Davis has the edge over challenger Jason O’Donnell when it comes to campaign cash.Â 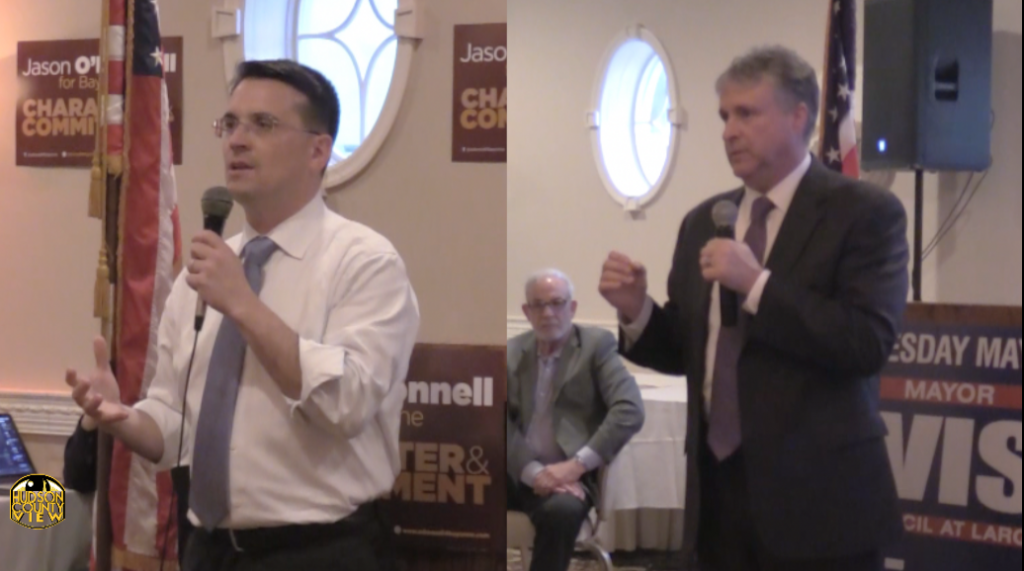 The majority of these contributions were modest, $300 or less, but some exceptions included a $375 contribution from the Bayonne firefighters union, who endorsed Davis, a $1,000 donation from Bayonne Freeholder Kenny Kopacz’s campaign account and a $2,000 check from top North Bergen operative Joey Muniz.

Those three contributions were all made on April 18th, the ELEC filing says.

Almost all of his latest donations are from apolitical contributors, with main exception being Kivvit General Manager Laura Matos – his former boss – donating $2,500 on April 25th.

Notable major donations include a $13,000 check from Paul Wiener, the manager partner of Weiner Law Group LLP, on April 16th, and a $7,500 contribution from Ralph Lamparello – the managing partner as Chason Lamparello Mallon & Cappuzzo, PC.

However, that PAC, the Committee for Economic Growth and Social Justice, has been absent in this race – which isn’t surprising given that Lesniak retired from politics following a disappointing run for governor last year.

Instead, labor super PAC Stronger Foundations, Inc. has been heavily involved pushing for an O’Donnell victory, spending just under $80,000 as of the last ELEC filing, only reporting an additional $2,500 spent on Bayonne since then for digital marketing.

Likewise, Dr. Mitchell Brown, the only independent mayoral candidate, has not filed an 11-day report, meaning he has only raised a little over $15,000 for the race, the majority of which came from a $10,000 loan.

The most recent filings may not be the most accurate indicator of what each major campaigns get out the vote (GOTV) operation looks like since they don’t include any contributions received this month.

However, both Davis and O’Donnell are expected to have robust operations in the streets on Tuesday.

Similarly, each contender is riding some momentum heading into the 11th hour.

Gov. Phil Murphy (D) came to the Peninsula City on Friday to announce a $1 million grant for a new waterfront walkway path, while O’Donnell, along with three of his running mates, received the endorsement of The Jersey Journal yesterday.