24 hours after a controversial vote by the Hudson County Board of Chosen Freeholders approving a new multi-million dollar contract with U.S. Immigration and Customs Enforcement, County Executive Tom DeGise is giving his perspective. 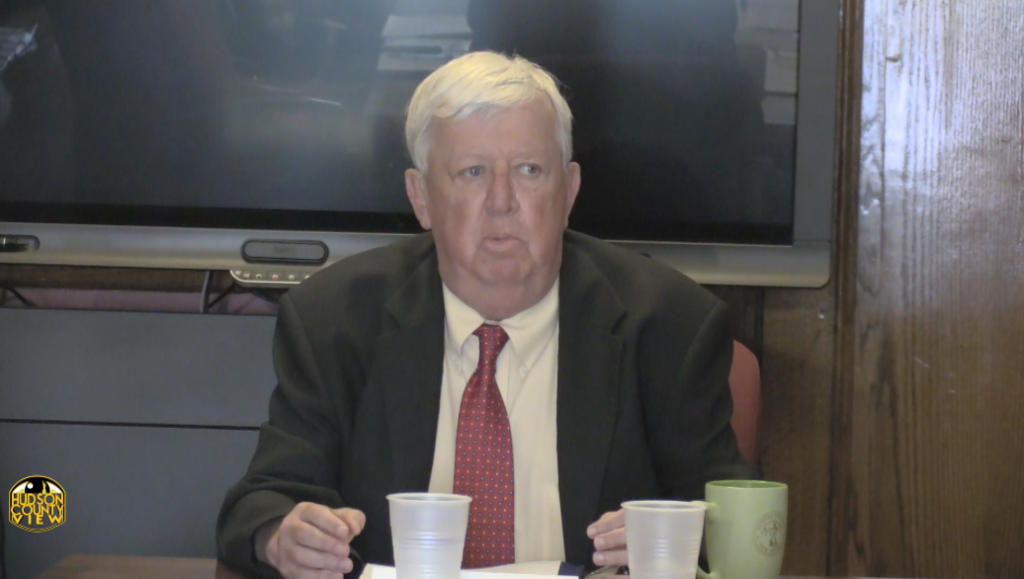 The resolution, which has gained national media attention, allows immigrants to be detained at the county jail, continuing a partnership with ICE that has been on the books for years.

A source, who spoke under the condition of anonymity since they were not authorized to speak on the matter, said the agreement was a $22 million deal that is a net gain of about eight or nine million dollars annually for the county.

In a lengthy phone interview, DeGise pushed back on the notion that he or the nine-member freeholder board, all Democrats, were trying to do any favors for President Donald Trump (R).

“We’re Democrats, we don’t like Trump, we don’t like his immigration policies. The people being detained are locals: they almost always happen to be exclusively from the New York area,” he explained.

“If they aren’t going to be held here, they’re going to be held somewhere else, whether it be Texas, Oklahoma or wherever … While we don’t agree with what President Trump is doing with the separation of families, no one’s really asking if we agree with it: we just deal with what’s left.”

The county exec continued that he doesn’t agree with the concept of abolishing ICE, noting that President Barack Obama had a number of programs that actively worked in conjunction with the agency.

Back in March, the freeholders terminated a deal with ICE known as 287g, an agreement activists had openly opposed for months after Trump took office.

Under the arrangement, one county corrections officer for each of the three shifts at the jail was in charge of alerting ICE of any foreign-born individuals brought in on serious offenses so that they could consider deportation.

In a one-on-one interview with Hudson County View a week prior, DeGise said that he planned on sticking with 287g unless Trump pushed for changes that did not exist in the agreement with the Obama administration.

“These actions by some Dems of compromising beliefs/morals for $ are a stain on all of us that live in NJ,” Fulop wrote.

“The fact the contract wasn’t publicized w/community input + the contract was approved despite the rhetoric against it do so much to undermine credibility. Sad/disappointing[.]”

“This is disgraceful and does not represent the will and values of the people of Hudson County. Mass incarceration is the problem, not the answer!,” Bhalla added.

When asked to respond to those criticisms, DeGise brushed it off as political opportunism.

“We don’t decide who gets incarcerated, but it’s obvious these guys are using this situation for their own political gain. If [Fulop] wants to play politics over 600 detainees, would he rather they go out of state for some other facility not in our region? It’s easy to throw rocks,” DeGise responded.

“We have a facility that can hold over 2,000 inmates, we have the space, we have a very progressive jail, we are conveniently located for people that have lawyers, friends and relatives in the area. I’m sure they’d rather not be there, but I’m sure they’d rather be there than Texas. Steven and Ravi are opportunists and are looking to retaliate over their political losses but I don’t think it’s a very well-thought out position.”

Fulop, along with state Senator (D-33)/Union City Mayor Brian Stack, led a charge back in March calling for a change in county government, saying they would not back DeGise for re-election next year.

Bhalla was quick to join this coalition, though Stack was bested by Tom’s daughter, Amy DeGise, in the bid for Hudson County Democratic Organization chair last month.

While Stack appears content to now have peace among the county Dems, it is no secret among political circles that Fulop still has his eye on ousting the elder DeGise.

DeGise concluded that he currently has no plans of terminating the deal: “We’ll stick to our guns on this one.”

The measure passed at yesterday’s 1 p.m. meeting by a vote of 5-2, with Jersey City Freeholders Bill O’Dea (D-2) and Joel Torres (D-4) voting no. Freeholders Tilo Rivas and Al Cifelli were absent.

The original copy of yesterday’s agenda said the resolution would be carried to the next meeting, but a motion was made to ultimately bring it to a vote any way.

LETTER: Jersey City should be investing more into their schools, not...