Bayonne Mayor Jimmy Davis has formally launched his re-election bid for a third term “to keep Bayonne moving forward,” which is not a surprise since he said he was running again when Council President Sharon Ashe Nadrowski kicked off her mayoral bid last month. 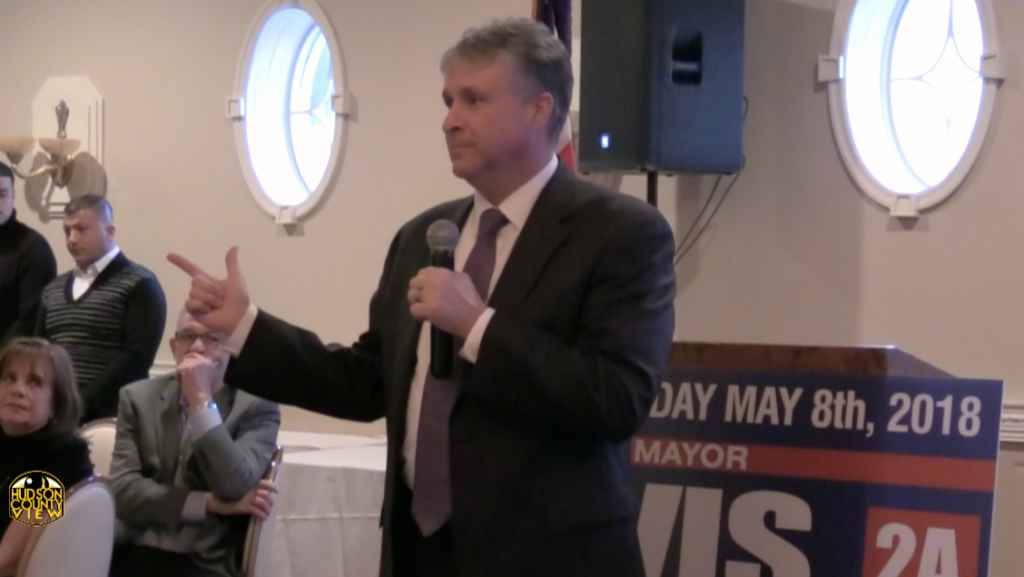 “Bayonne is my home and there is nothing more important to me than seeing our city succeed and our residents thrive — it’s why I get out of bed in the morning, why I work hard for our community every day and why I’m running for re-election now,” Davis said in a statement.

“Even with the unprecedented challenges we’ve faced like COVID-19, Hurricane Ida, threats to our healthcare system and more, our city’s future has never been brighter and our residents have never been prouder to live in Bayonne. I’m running to continue that progress and keep Bayonne moving forward.”

Davis unseated Mark Smith, who had the backing of the Hudson County Democratic Organization, in 2014 and was cruised to re-election in 2018 against former Assemblyman Jason O’Donnell.

The retired police captain has been fundraising for months, reporting $131,182.46 cash on hand in his October 14th filing with the New Jersey Election Law Enforcement Commission. compared to $123 cash on hand from Nadrowski reported in her October 13th report.

The council president, who was elected as part of Davis’ ticket in 2014 and 2018, has been at odds with the mayor since late last spring, with a major point of contention being who will run the Bayonne Medical Center.

Davis has come out in favor of using eminent domain on the hospital land to pave the way for BMC Hospital LLC to takeover, while Nadrowski has said government should not get involved with the private entity.

The matter is essentially at a stand still as the New Jersey Department of Health decides whether or not to grant 49 percent ownership to BMC Hospital.

The Bayonne municipal elections are set for May 10th and neither Davis or Nadrowski have announced their running mates yet.