Bayonne Mayor Jimmy Davis has confirmed that the Hudson County Board of Taxation has ordered the city to implement a tax reval by 2019, calling the motives of the requesters “purely political.” 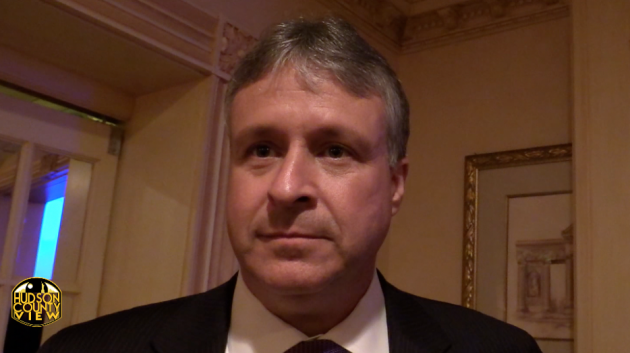 â€œOn Thursday, April 7th the Hudson County Tax Board ordered that the City of Bayonne implement a revaluation by 2019. The order was at the request of Peter Cresci, of Bayonne, and his client Pat Desmond. This request was purely political, plain and simple,” Davis said in a statement.

“It was not done for the benefit of the residents. Mr. Cresciâ€™s demand that the revaluation occur by the end of next year was solely for the purpose of trying to influence local politics. Their desire was, and I believe still is, to use the system against itself, and the hardworking taxpayers of the City of Bayonne, for political gain.”

Davis also called the request “shameful” and “wrong.” Desmond is a childhood friend of Davis who has been instrumental in getting a recall effort of the mayor off the ground.

“As a former City Business Administrator, Mr. Cresci knows that a revaluation does not increase the amount of money received by the municipality, but instead shifts the tax burden,” Davis added.

“As it pertains to a revaluation in Bayonneâ€™s situation especially, the burden would largely be shifted from large former commercial and industrial sites to the one and two family homes in our City. The implications are far-reaching and overwhelming especially for middle class residents and families of our community.”

Davis added that the action was particularly hypocritical for Cresci, the city business administrator under Mayor Joe Doria, since he has represents clients as a tax appeal attorney.

The mayor concluded that the request “is not in the best interests of anyone but themselves” and the tax reval will ultimately “have a negative impact on over 65,000 people,” also being critical of the pair for not addressing the issue head on yet.

Bayonne has not had a tax revaluation since 1989.

Cresci sent out a two-page response, also addressed to the city council members, via email, asserting that no politics were involved here.

“Politics plays no role in a revaluation; it comes into play by trying to stop one. Jimmy Davis should be aware that his own Law Director and Tax Assessor agreed to the Order during the Hudson County Tax Boardâ€™s Meeting of Thursday, April 7, 2016,” he said.

“In fact their approach was to not only have Jersey City, Weehawken, and Bayonne [revaluated], but to order the other 8 municipalities in Hudson County to have a Revaluation as required under the New Jersey Constitution.”

Cresci also said that Dennis Schilling, the director of the State Division of Taxation, and Donald Kenny, the administrator of the Hudson County Board of Taxation, have been aware of the requirement to order a revaluation since July 24th, 2015 – which would not actually cause property taxes to go up.

He also accused Davis of currently being on vacation in Florida, therefore simply lending his name to a statement prepared by Business Administrator Joe DeMarco and Chief of Staff Andrew Casais – whom he and Cresci have had issues with in the past since they live outside of the city.

The latest news out of South Hudson comes on the heels of the state announcing that Jersey City, who haven’t had a tax reval in 28 years, would be among three municipalities ordered to participate in the process.

Mayor Steven Fulop, a likely Democratic gubernatorial candidate next year, also said the decision was “based on politics” from Republican Gov. Chris Christie’s Office – who rebutted that the three forced revals are the result of “local officials’ failure to do their jobs.”

Ashe-Nadrowski’s measures to start over on MOTBY plan get no backing...