An ethics complaint has been filed against Jersey City Board of Education Vice President Natalia Ioffe over an endorsement letter with a late disclosure she issued for the “Education Matters” team in October. 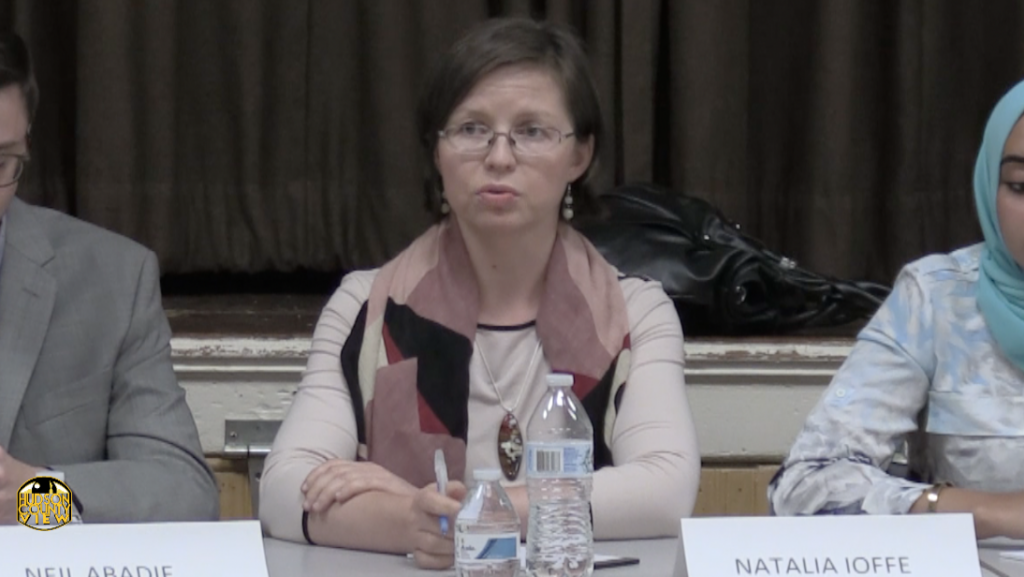 The complaint was filed with the New Jersey School Ethics Commission by Cathy Coyle on November 5th, the day after Ioffe requested that her October 18th letter be updated with a disclaimer that said she was speaking as a private citizen.

The endorsement, which was submitted in the form of a letter to the editor, was published by HCV and TapInto Jersey City.

Ioffe, who ran under the Education Matters banner and won in November 2021, backed the team of Trustee Noemi Velazquez, along with her running mates Christopher Tisdale and Afaf Muhammad.

Coyle, a former state monitor for the district who supported the “Change for Children” team, says that two statements in particular could have been interpreted as on the behalf of the entire BOE prior to the clarification that she was speaking as a private citizen.

“In recent months much has been said about our school board and the way its decisions impact the lives of residents … In the aftermath of a difficult budget vote, the board of education has committed to increase transparency and efficiency,” Ioffe said in the letter.

Coyle contends that even with the clarification, the letter still violates SEC precedent, pointing out that it came just four days before Election Day when Education Matters won in a sweep.

Ioffe declined to comment, noting that this evening’s BOE reorganization meeting is this evening at 6 p.m.

Sources with knowledge of the situation, who spoke under the condition of anonymity since they are not authorized to speak on the matter, indicated that they believe Ioffe still had the votes to become board president tonight.

While it hasn’t happened in a few years, it is not unusual for an ethics complaint, which is not a public document, to leak prior to a Jersey City BOE reorganization.

At the end of November, The Jersey Journal reported that Ioffe had the votes to lead the volunteer board, though the other vice president, Gina Verdibello, also had an interest in succeeding Gerald Lyons – who retired at the end of his term last year.

The meeting will be held at Dr. Martin Luther King, Jr. School, also known as Public School No. 11, located at 886 Bergen Ave. and will also stream live on the Jersey City Public Schools Facebook page.