The Supreme Court of New Jersey Advisory Committee on Judicial Conduct has recommended a censure and permanent ban for a former North Bergen Municipal Court judge accused of groping a woman inside his law office. 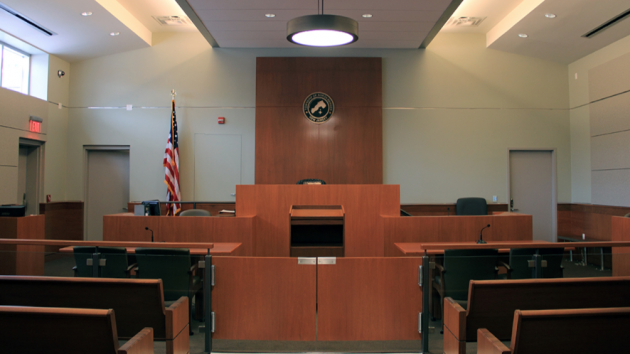 “Come on, let me touch you. Let me play with you,” he allegedly said to the victim while continuously reaching towards her, offering her “birthday money,” which she refused before quickly leaving his office, according to the complaint.

Nino Falcone, 80, was charged with criminal sexual contact by the Hudson County Prosecutor’s Office in September 2019 for allegedly groping a woman’s breasts after she visited his office.

A call of him apologizing was recorded by the HCPO and the Supreme Court of New Jersey Advisory Committee on Judicial Conduct issued a four-count complaint in June of last year.

“Using a recorded undercover telephone line located in a station house interview room, A.C. placed a call to Respondent. During their ensuing conversation, Respondent admitted to A.C. that he touched her ‘inappropriately’ and apologized to her,” the complaint says.

Falcone was admitted into a pretrial intervention program on March 12th, 2020 and the charges against him were dismissed in May 2021.

Despite that, the committee believes “the strongest measure of public discipline available … a public censure and permanent disqualification from judicial service, is warranted.”

“This recommendation considers the seriousness of Respondent’s ethical infractions, and the aggravating factors present in this case, which justify the recommended quantum of
discipline. The Committee has referred Respondent to the Office of Attorney Ethics given that his conduct occurred while involved in the private practice of law.”

Falcone retired on August 30th, 2020 and had been suspended without pay since the allegations surfaced the year prior.