While it may only be temporary for now, the Town of Kearny has prevailed in their lawsuit to shutdown the Keegan Landfill, with a judge ruling that the dumping ground must close at least until a July 25th court hearing. 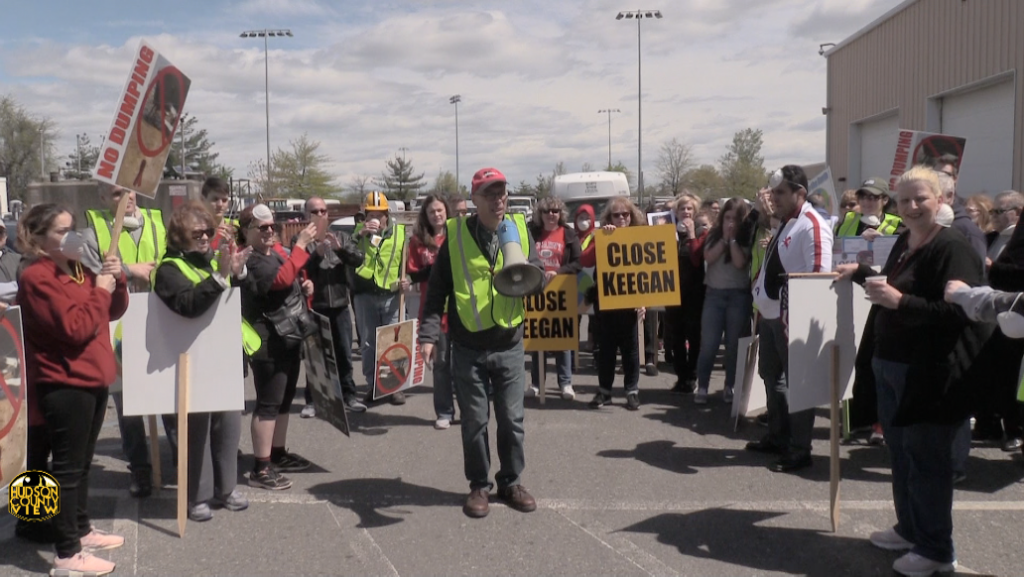 “The court finds here, for the more detailed reasons set forth on the record on May 24, 2019, that immediate and irreparable harm will occur in the absence of the relief requested (that being the contentious and unabated discharge of hydrogen sulfide) that the claim is based on a settled legal right of the Plaintiff.”

Jablonsky further wrote that the health of Kearny’s citizens will suffer more harm than the financial interest of the New Jersey Sports and Exposition Authority, who owns the site, which is why the landfill will be closed for at least two months.

Furthermore, the judge has scheduled a hearing in his chambers for July 25th at 9 a.m.

“GOOD NEWS in the Town’s fight to close the Keegan Landfill by suing the NJSEA! This afternoon the Superior Court granted our request for a temporary injunction to close the landfill!,” Santos said.

“Unless the State of NJ files an emergency appeal and gets the order overturned, that means the Keegan Landfill is CLOSED until a full hearing is held on July 25 on the causes of action we filed against the NJSEA[.]”

The ruling also says the town is entitled to any correspondence between the NJSEA and the New Jersey Department of Environmental Protection, to provide input on how to address the hydrogen sulfide issues, as well as to have access to the landfill when it is inspected

Last month, hundreds of residents and activists alike joined Santos in calling on Gov. Phil Murphy (D) to shut the site down over serious concerns regarding the hydrogen sulfide levels being emitted from the landfill.

Following up on those calls for help, U.S. Reps. Albio Sires (D-8) and Bill Pascrell (D-9) called on NJDEP Commissioner Catherine McCabe to address the issuesÂ with the landfill.