Hudson County Executive Tom DeGise has come out to support Gov. Phil Murphy (D) on his proposed millionaire’s tax, which would raise the tax rate on incomes over $1 million, citing “fundamental fairness to our working families.” 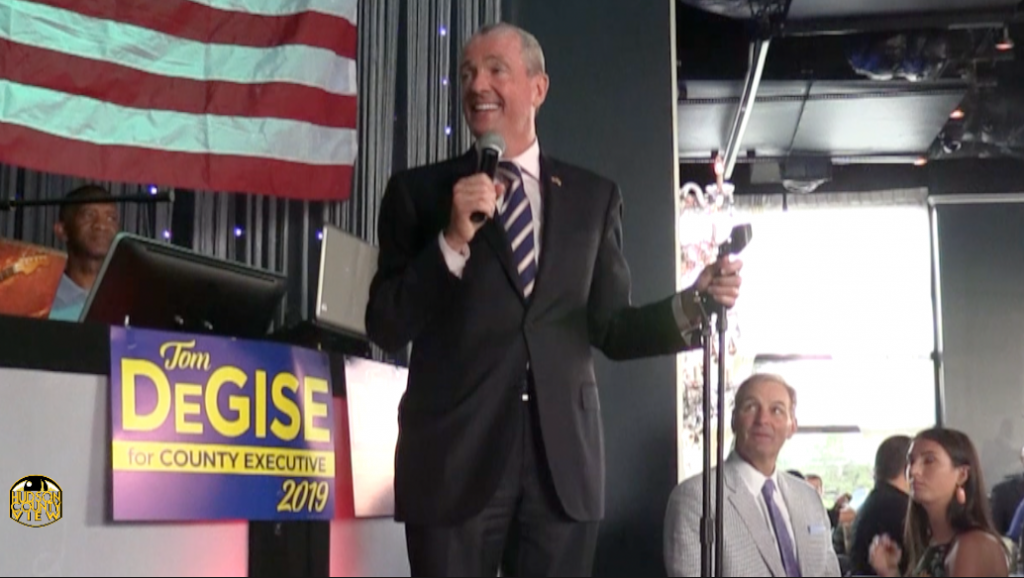 â€œI stand with Governor Murphy on the issue of the millionaireâ€™s tax,â€ DeGise said in a statement.

â€œAs a matter of fundamental fairness to our working families, who could see a quarter billion dollars in property tax relief under the Governorâ€™s proposal, I believe our legislators must support this approach. It ensures that the wealthiest pay more to ease the tax burden on middle class residents.â€

The millionaire’s tax would raise the tax levy on anyone whose annual income is over $1 million to 10.75 percent, up from 8.97 percent.

Murphy told NJ Advance Media that he may not sign the $38.6 billion 2019-2020 budget (where the fiscal year begins July 1st) if the legislature does not approve the millionaire’s tax, meaning that a government shutdown would likely take place.

State Senate President Steve Sweeney (D-3), a staunch rival of Murphy, told Bloomburg that the millionaire’s tax is “a gimmick” and therefore has no chance is making it to the governor’s desk.

Former Gov. Chris Christie (R) received some variation of the millionaire’s tax five times during his eight year tenure in Drumthwacket and he vetoed it each time.