Jersey City Board of Education Trustee Matt Schapiro and Cathy Coyle, a former assistant superintendent and later a state monitor for the district, have filed a petition with the state to void the latest four-year deal with the teachers union due to conflicts in the negotiating process. 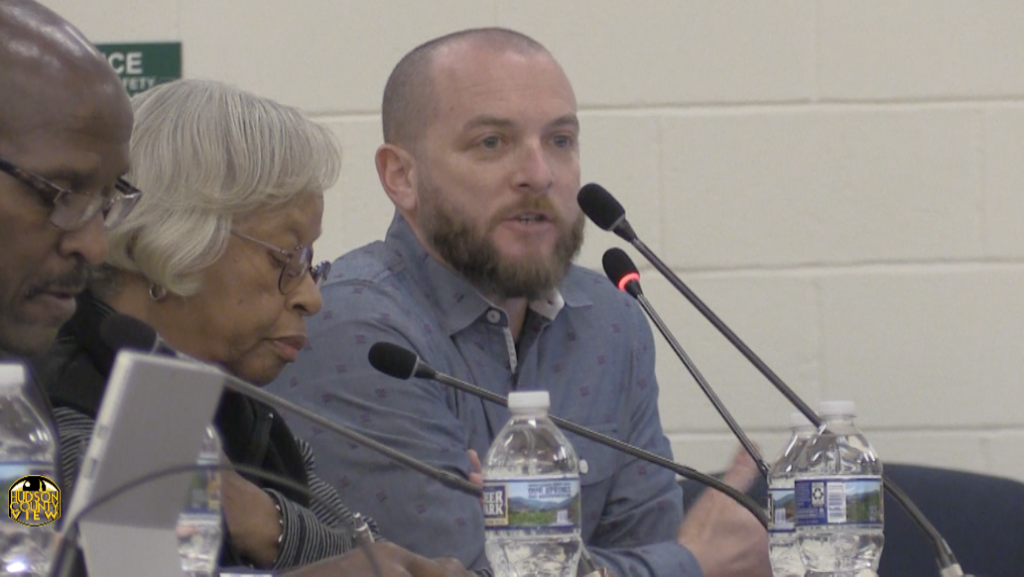 Filed yesterday, the 123-page complaintÂ says that Board President Sudhan Thomas and Vice President Lorenzo Richardson should not have negotiated with the Jersey City Education Association, mostly due to receiving campaign contributions between 2016 and 2017.

The complaint also contends that the board leadership conducted negotiations without consent to do so, nor with counsel present, as well as that the Doctrine of Necessity – which allows conflicted board members to vote under the right circumstances – was not invoked properly.

” … The JCBOE members were improperly acting in an independent and unauthorized manner in engaging in negotiations with the JCEA. Further, the JCBOE adopted the Memorandum of Agreement under a fatally defective Resolution invoking the Doctrine of Necessity,” the petition says.

“We have filed a Petition of Appeal with the NJ Commissioner of Education with evidence that the Jersey City Board of Education acted against the interests of the students, families, and taxpayers of the district in the negotiation and ratification of its largest employment contract worth hundreds of millions of dollars,” Coyle said in a statement.

She added that children are being “put at risk” due to “radical actions by board members.

Schapiro echoed her sentiment that by stating “students are the ones ultimately hurt by board membersâ€™ improprieties.”

Additionally, an affidavit from Schapiro says that Thomas and Richardson began meeting with JCEA members back in December and that board members without conflicts, such as himself as and Luis “Lipe” Fernandez, were not informed.

In total, 10 “improper negotiating sessions” with the JCEA took place, according to the affidavit.

The JCBOE and the JCEA came to terms on a nearly $300 million contract back in April. The contract runs from July 1st of this year through June 30th, 2023.

According to Schapiro, a hearing is tentatively scheduled for Wednesday at 9 a.m. He did not have any further details immediately available on Friday evening.

When asked to respond, Thomas dismissed the complaint as “frivolous” and more “Fugazi” from Coyle.

“More tantrums by the agents of the failed Parents for Progress and Jersey City United to railroad our beloved teachers and waste public education tax dollars belonging to classrooms because they donâ€™t get their way,” he said.

Furthermore, JCEA Executive Board Recording Secretary Kristen Zadroga Hart noted that Coyle was a part of the prior administration and has filed unsuccessful lawsuits on several occasions.

“Why are we not discussing the fact that this person was the State Monitor who allowed the past administration to mismanage the district and spend us into the point of bankruptcy? What exactly was she monitoring?? And is this the third or fourth frivolous and costly lawsuit sheâ€™s filed? Iâ€™ve lost count, just as sheâ€™s lost relevance.”

Editor’s Note: This story was updated with a comment from JCEA Executive Board Recording Secretary Kristen Zadroga Hart.