Assemblyman Nick Chiaravalloti (D-31) is touting his track record while formally declaring an off the line challenge against William Sampson IV, the preferred candidate of Bayonne Mayor Jimmy Davis and the Hudson County Democratic Organization. 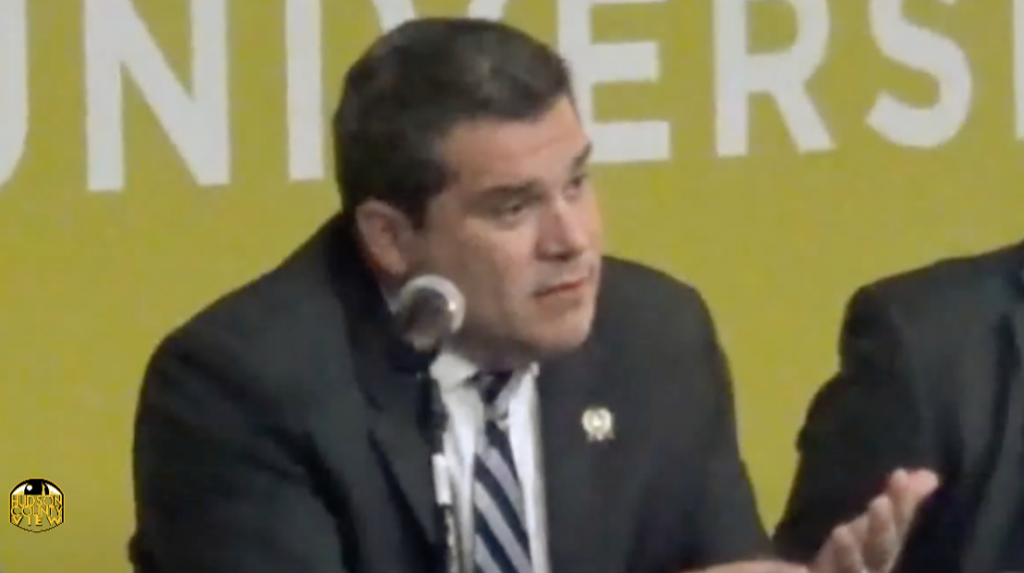 “I am in public service because I love my community, and I am filing my petitions to seek re-election to the Assembly because I want to continue to make Bayonne, Jersey City and Hudson County an even greater place to live and work,” Chiaravalloti, the New Jersey Assembly Majority Whip, said in a statement this afternoon.

The three-term state legislator appeared to be coasting to a fourth term until Davis unceremoniously pulled his support at the end of February without any public explanation.

The Peninsula City mayor then threw his support behind Sampson: a 32-year-old crane operator, longshoreman, and first time candidate for office with a spotty voting record, per the New Jersey Globe.

Last week, Chiaravalloti signaled that he’d still be forging ahead in the June 8th primary by sending out an email blast to sign an online petition for nomination, as HCV first reported.

He indicated today that his recent legislative accomplishments should outweigh whatever Sampson has to offer.

“From securing funding for Bayonne’s schools, the walkway project, and the pedestrian bridge over 440, to raising the minimum wage, establishing the Community College Opportunity Grant Program, revising civil asset forfeiture procedures, providing pre-k for all and standing up for our senior citizens and immigrant brothers and sisters, I am proud of the pragmatic, progressive record of results we have achieved.”

100 valid petitions of nomination must be submitted to the Hudson County Clerk’s Office by Monday, April 5th at 4 p.m.

Chiaravalloti unsuccessfully ran for a 31st Legislative District assembly seat off the line in 2007, before easily winning on the line in 2015, 2017, and 2019.

While the HCDO hasn’t formally announced their primary endorsements yet, Chair Amy DeGise was never expected to go against Davis’ wishes to buck Chiaravalloti off the line – an unwritten rule in Hudson that has been in effect for at least two decades.

Shortly after his announcement, the incumbent secured endorsements from five of the state’s top labor leaders.