Hoboken Mayor Ravi Bhalla and 1st Ward challenger Migdalia Pagan-Milano are taking aim at Councilman Mike DeFusco ahead of tonight’s council meeting where the governing body is expected to vote on a resolution regarding the city’s pay-to-play laws. 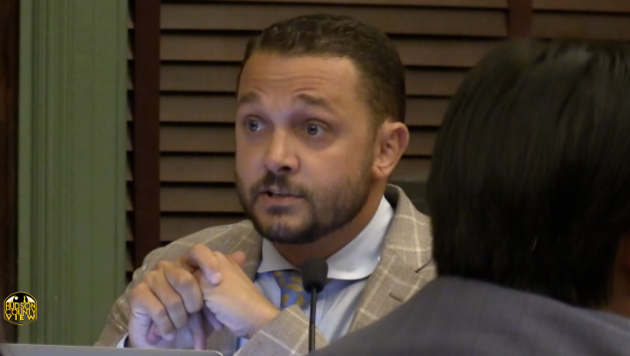 “In my run for Mayor, I chose to abide by these [pay-to-play] rules, did not take a penny above the legal limit and rejected contributions from developers in Hoboken because it was the law and the right thing to do,” Bhalla said in a mass email that was sent yesterday.

“However, one of my opponents – Councilman DeFusco – chose to ignore Hoboken’s laws and regulations by taking tens of thousands of dollars above the legal limit from special interest groups and developers.”

Bhalla continued that he’s urging the council as a whole to approve tonight’s resolution, introduced by Council members-at-Large James Doyle and Emily Jabbour, that hopes to reinforce the city’s pay-to-play laws.

As HCV first reported, the City of Hoboken solicited a legal opinion from outside counsel on their pay-to-play laws, which called the regulations unenforceable and potentially unconstitutional – more than enough grounds for a repeal.

However, city officials have said they will not consider making any changes to the pay-to-play laws until after the November 5th municipal elections, where all six ward council seats are up for grabs.

“This is a very simple issue – the Council will either vote to uphold our laws or they will choose to ignore them for their own benefit,” Bhalla concluded in the email.

Also piling on was Pagan-Milano, who criticized DeFusco for allegedly yet to accept a pledge to “stamp out election fraud.”

“It is disappointing that Councilman DeFusco has so far refused to sign-on to our pledge, protecting the integrity of Hoboken elections, especially given that one of his largest political contributors, Frank Raia was the mastermind of the cash for votes scheme and his former campaign manager, Ryan Yacco, was at the heart of the operation,” she said.

Raia, a longtime politico, was convicted of vote-by-mail fraud in connection to the 2013 municipal elections in June and DeFusco donated away the $9,400 his campaign received from Raia in 2017 in the subsequent days.

DeFusco responded that he accepted the pledge, created by Hoboken Housing Authority Vice Chair James Sanford, back on September 9th, which appeared to be verified by an email from the councilman that said “please consider this response as an official my acceptance of your initiative.”

However, Sanford requested that all candidates sign a written pledge form, which DeFusco is yet to do, Sanford said.

DeFusco added that the mayor and his allies decided to go on offense as an attempt to distract from a super PAC, NJ Community Initiatives, getting involved in the Hoboken council races.

“This is another attempt by the mayor and his council slate to distract voters away from the politically connected Super PAC supporting their campaigns. The facts here speak for themselves, I accepted Mr. Sanford’s request the same day he contacted City Council members,” DeFusco stated.

“Instead of looking to manufacture misleading headlines, perhaps my opponent should try running a campaign based on policy and integrity by denouncing the influence of dark money in our local election.”

The Hoboken City Council meets at City Hall, 94 Washington St., at 7 p.m. in what promises to be another contentious session in the midst of election season.

Report: Hoboken man coughs on Hackensack cops, says he has COVID-19, during arrest