For the first time since June, the Hoboken Democratic Committee met, with Mayor Ravi Bhalla addressing social and economic concernsÂ ahead ofÂ the 2018 midterm elections before a recent Republican mayoral candidate was kicked out of the event. 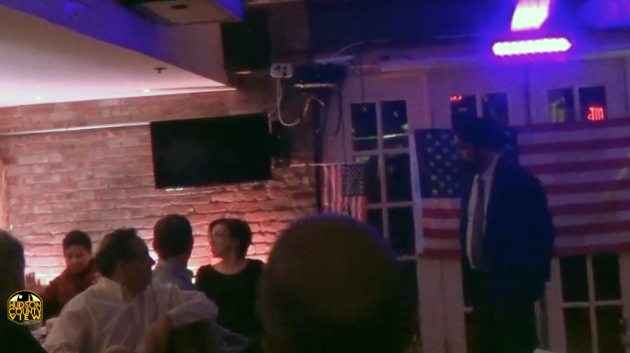 “One of the emerging issues, of course, and is particularly important in urban areas along the coastline is sea-level rise, climate change and resiliency,” said Allen Kratz, Project Manager of Rebuild by Design, a $230 million flood resiliency project.

In a congressional caucus meeting next week, Bhalla was invited to Chesapeake Bay in Cambridge, Maryland to talk about the lessons learned in the 2017 election cycle.

The Mile Square City mayor added thatÂ he hopes to establish a goal of “moving the ball forward as Democrats,” and in the midterm elections in 2018, he states the historical significance of a Hoboken elected official to partake in the national conversation.

While Bhalla has endured some rocky experiences with the council during the early days of his administration, Hoboken Council President Ruben Ramos, 1st Ward Councilman Mike DeFusco, 2nd Ward Councilwoman Tiffanie Fisher, the chair of the HDC and recent mayoral candidate Jen Giattino, the 6th Ward Councilwoman, joined the crowd to discuss Democratic issues and priorities.

Giattino, who frequently received backlash during the mayoral race for being aÂ “a Trump-voting Republican” (she previously told Hudson County View she voted for Gary Johnson in the 2016 presidential race), formally announced converting to Democrat at Thursday’s meeting.

While Bhalla, Fisher, an integral part of Giattino’s mayoral run, and many others among the 50 or so in attendance were supportive of the move, at least one person in attendance was not.

Karen Nason, another Republican mayoral hopeful who finished in a distant fifth place, was asked to leave the meeting during a tense exchange with Fisher, even though she said was invited as Freeholder Anthony Romano’s (D-5) guest.

“I’m trying to ask a question and Tiffanie’s asking me to leave,” Nason began at Thursday’s meeting.

“The answer is no,” Fisher stated.

“This is the Democratic committee,” Fisher began to say before getting interrupted.

“That’s ok, I want to work with the Democrats,” Nason exclaimed.

“And you’ll get to, you’ll get invited to a number of other opportunities, events.”

In a phone interview over the weekend, Fisher said that the HDC reserved the room/bar in the basement for the meeting and it was therefore a private event for members only.

Fisher further explained that in the future, the democratic committee expects to organize public events like fundraisers with guest speakers, which will be open to the public.

On the contrary, Nason said she came to the meeting out of curiosity as the guest of Freeholder Anthony Romano (D-5), a former HDC chair. She also thought the meeting was informal since no actual committee business was being voted on.

“I want to work together with the Democratic Party as a Republican that wants to make a change in Hoboken,”Â Nason said, adding she was “appalled” by the way Fisher handled the situation, also mocking the fact that Giattino was praised for switching parties.

Before it was all said and done, Bhalla couldn’t resist making mention of vetoing a council measure that would allow Mile Square City voters to decide whether or not to bring back runoff elections.

Bhalla stood by his veto then and doubled down in a mass email sent out this afternoon.

“I note that a December runoff election will come at an increase in property taxes of approximately $140,000. This amounts to a tax hike for a low turnout December election, held right after Thanksgiving and in the middle of the holiday season,” Bhalla wrote.

“Simply put, itâ€™s silly to waste taxpayer money, force candidates to ask you for campaign money, and spend time knocking on your doors and sending yet more campaign literature, while weâ€™re all trying to enjoy the holiday season. Not surprisingly, this scenario resulted in a decrease in voter participation by as much as 40% in some parts of Jersey City during their holiday runoffs this past December.”

The Hoboken City Council, who has already approved letting the voters decide on runoff elections four times, will decide whether or not to override Bhalla’s veto at Wednesday night’s meeting.

Other topics discussed during the meeting were transportation by Eileen Carvalho, unions by James Castiglione, and pensions by Ramos.

RamosÂ specifically mentioned the Pension and Health Benefit Reform Law that suspends any future Cost of Living Adjustments (COLA) for all retirees of all retirement systems.

â€œIn regards to the unions, a big issue that would go a long way is the affect that the taking away of the COLA had on for example: for teachers, or a fireman retiring 15-years-ago. Itâ€™s not right,” said Romano, a retired police captain who has an icy relationship with Ramos, a Paterson school teacher. 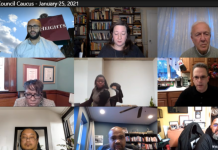 Police: New York man arrested in Hoboken for leaving $10k worth of meth in rental car 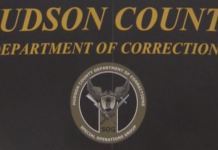