Bayonne Mayor Jimmy Davis slammed Superintendent of Schools Patricia McGeehan for trying to evict the local Police Athletic League (PAL) from their building at 550 Avenue A that they’ve had since 1947. 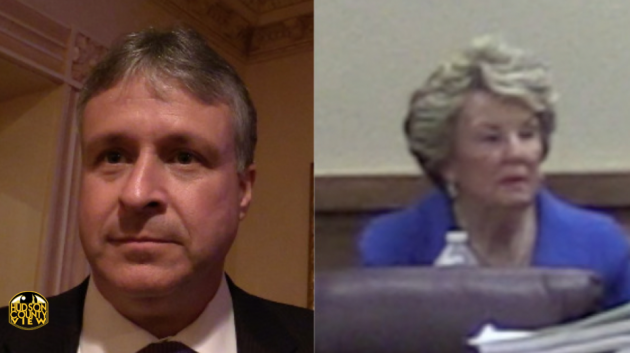 â€œOn May 18th representatives of the Bayonne School District met with me to go over their plan to institute an after-school program run by the Board of Education,” Davis began in a statement.

“During that meeting I voiced my concerns that such a move would adversely impact currently existing, and highly successful programs throughout the City. These programs (e.g., those run by the P.A.L., the Jewish Community Center, the Bayonne Family Community Center and many others) have provided a quality service to the youth of Bayonne for generations.”

Davis further explained that he was informed earlier this week that McGeehan issued an eviction notice on May 26th to the PAL, which he referred to as “a staple of the Bayonne community, with a long and honored history,” effective August 31st.

The mayor also called the timeline for relocation “completely unreasonable” and questioned how such a decision could be made behind closed doors, without a public hearing and vote by the board of education trustees.

“This vote, to my knowledge, was not made in public session. There was no public comment, nor was there public discussion on the matter. If true, this was a controversial move made behind closed doors,” he added.

“Part of my support for an elected school board was to avoid the perception, or in this case, the reality of these types of actions.”

Davis concluded by asking McGeehan and the BOE as a whole to reconsider the decision.

“The Bayonne PAL has been a valuable child care, educational, athletic and recreational facility in this town since 1947. Once again Superintendent Patricia L. McGeehan is trying to close the doors of the Bayonne PAL,” the cause description says.

“The PAL has received notice from McGeehan that we must vacate by August 31, 2016. This letter was written and sent without the vote of the Board of Education. Please sign this petition to help us continue to provide services for the children of BAYONNE!”

The petition aims to get 1,000 signatures and already had 716 as of this writing.

Basketball, boxing and daycare services are just a few of the activities offered at the PAL.

An email inquiring about the situation sent to Bayonne BOE Secretary Dr. Gary Maita earlier this afternoon was deferred to McGeehan’s office, who did not return a message seeking comment.