The Bayonne Fire Department extinguished two separate one-alarm fires yesterday: one at a laundromat and the other inside of a construction dumpster alongside a household. 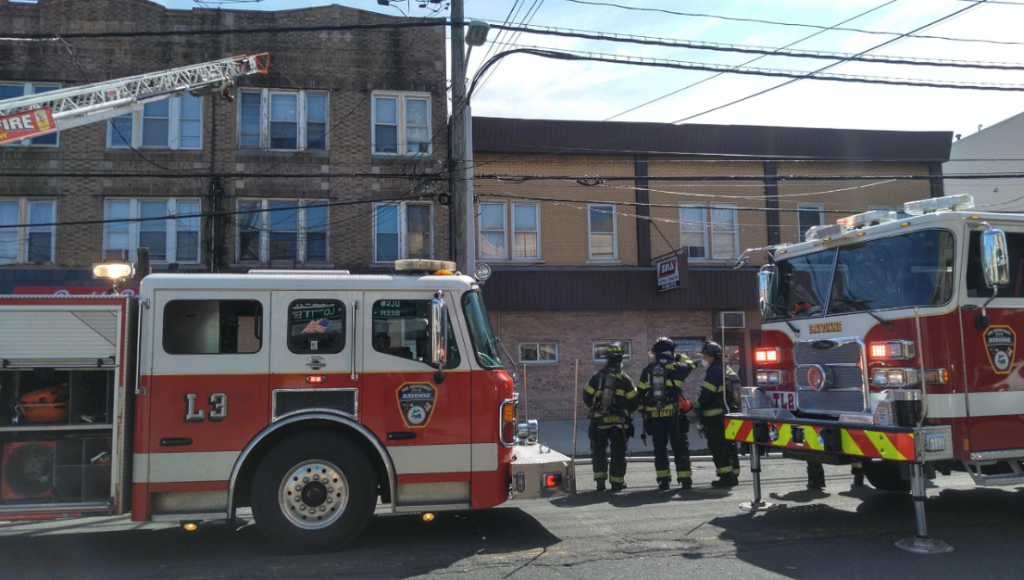 The first fire was reported at approximately 11:47 a.m. at 1102 Avenue C. Firefighters arrived to find an active fire in a dryer of a laundromat. The business is on the first floor of a three-story building, according to Fire Chief Keith Weaver.

Firefighters used a hand line to extinguish the blaze, which was contained to the business. Police officers and firefighters temporarily evacuated the residents of the apartments above, however, they were allowed to return a short time later.

The fire was declared under control within 30 minutes of their arrival. A fire investigation is currently being conducted; however, it does not appear to be suspicious and there were no
injuries reported.

The second fire was reported at around 4:43 p.m. at 185 West 22nd Street. Arriving units found a 30-yard construction dumpster, alongside a home, fully engulfed. Firefighters used hand lines to extinguish the blaze and kept if from spreading to the adjacent home.

A fire investigation is currently underway and there once again were no injuries reported.

“Our firefighters quick and professional response to both of these blazes kept fire from spreading further into the structures and prevented injury to our residents,” Weaver added.