The office for the Bayonne Democratic Organization, located at 717 Broadway, will serve as a satellite for U.S. Senator Bob Menendez’s re-election campaign.Â 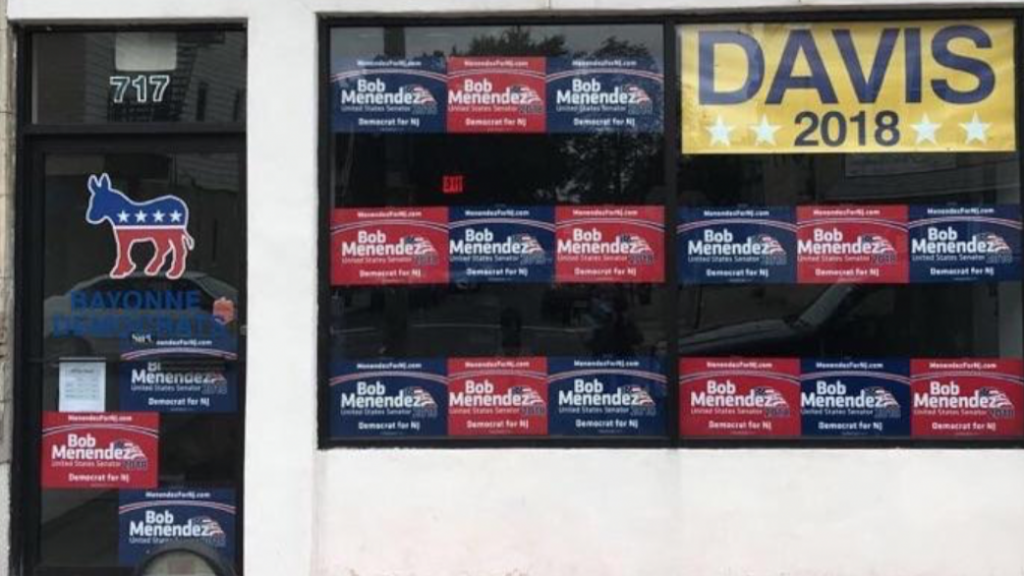 â€œBob Menendez has always fought for Bayonne and Bayonne will fight for him. As Chairman of the Bayonne Democrats, I am 100% committed to getting a large turnout from Bayonne,” Mayor Jimmy Davis, also the chair of the BDO, said in a statement.

“We need Menendez more than ever before and I know Bayonne will stand behind him as he has for us in the past.”

Menendez backed Davis for re-election in May and at the annual fall gala for the Hudson County Democratic Organization, the mayor said he was eager to return the favor.

“Senator Menendez took time from his busy scheduled to work and help me in my re-election campaign. There’s very few times in life you get to repay people, and for that, senator, I owe you,” Davis said at the time.

The office will serve as Bayonneâ€™s campaign headquarters for the Menendez campaign, as well as a coordination point for the campaignâ€™s outreach in Hudson County.

â€œThe democratic party is energized. The last thing New Jersey needs is another Trump/Christie vote in Washington. Bayonne needs someone who understands our needs and will always stand up for us,â€ added Assemblyman Nick Chiaravalloti, a former state director for Menendez.

The BCDO campaign office has been active for nearly two years, hosting several campaigns and serving democrats across the city, county, and state.

Last year, the office served as a satellite office for the Phil Murphy gubernatorial campaign.

â€œOur town has a proven track record of boosting the democratic voter turnout across the board and we will continue to fight for Bobâ€™s re-election,â€ stated Freeholder Kenny Kopacz (D-1).

Seeking his third term, the incumbent is in the midst of a 12-round slugfest with wealthy Republican challenger Bob Hugin, who has been relentless in attacking Menendez over his corruption trial that ended in a hung jury last year.