The Bayonne 2nd Ward council race is heating up as incumbent Sal Gullace is going after his opponent, Kevin Kuhl, over his recent comments regarding his arrest back from late 1995.Â 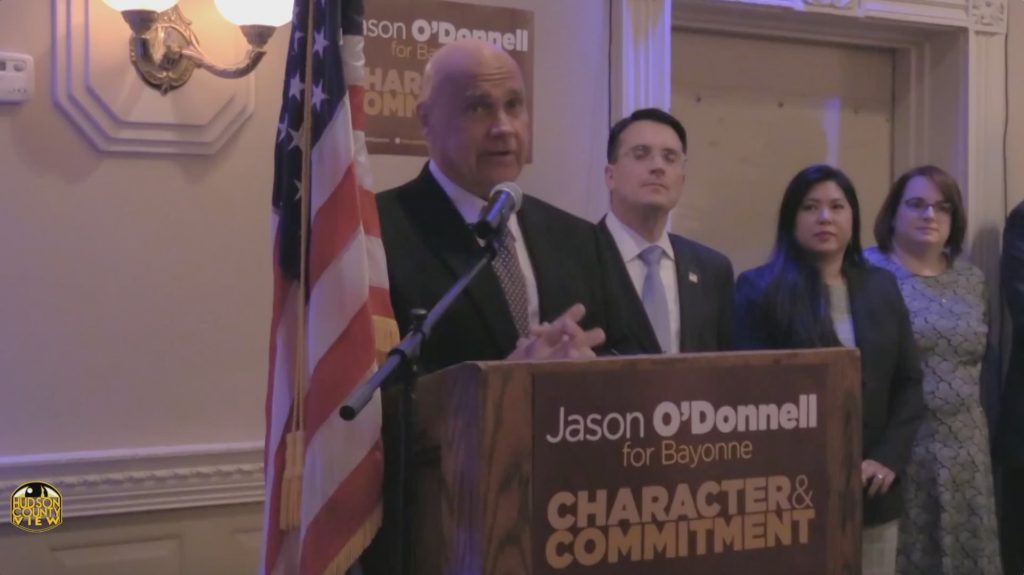 â€œJason Oâ€™Donnell is lying about Kevin Kuhl being a business owner and Kuhl is lying about his gambling convictions,â€ Gullace, seeking re-election with Mayor Jimmy Davis, said in a statement.

â€œIf his conviction is no big deal then why lie and deliberately mislead voters?â€

Former state Assemblyman/mayoral hopeful Jason O’Donnell announced Kuhl as his 2nd Ward council candidate in December, where he said “his family created and cultivated a small business in Bayonne.”

In an interview with The Jersey Journal, published online yesterday, Kuhl indicated that he called in three bets for $385, all of which he lost, was arrested, and had to pay a $10,000 fine.

According to a police report of the incident, Kuhl was arrested back on October 15th, 1995 for promoting gambling and possession of gambling records.

The report does not detail the exact circumstances of the arrest.

“If this is an example of what Oâ€™Donnell means when he talks about â€˜characterâ€™ then we have a very different opinion of what honesty and integrity are all about,â€ Gullace concluded.

In response, O’Donnell said that this was another example of Team Davis showing they have “no shame,” indicating that they have no room to talk about someone’s character or commitment to the Peninsula City.

“Kevin Kuhl got in trouble thirty years ago for betting on a couple of football games. He paid his debt and he has devoted his life to our city. Since then, he organizes and runs a charity for handicapped children, he runs a successful small business and he is one of the most beloved people in our city,” O’Donnell explained.

“Mayor Davis may not know that after spending all that time living away from Bayonne. How dare Jimmy Davis or anyone on his team question Kevin’s character, especially when they have people on their own council who stole taxpayer funded health benefits and who saw their own taxes reduced while Bayonne taxpayers suffered. Mayor Davis himself is being sued for using his position of power to sexually harass a subordinate, a lawsuit that could cost Bayonne taxpayers millions.”

The mayoral challenger also called the latest attack on his slate an obvious sign of “desperation” after “Davis got exposed as last night’s debate” – which was hosted by Hudson County View and The Jersey Journal.

The fight for the 2nd Ward council seat is expected to be one the most hotly contested races in Bayonne on May 8th.