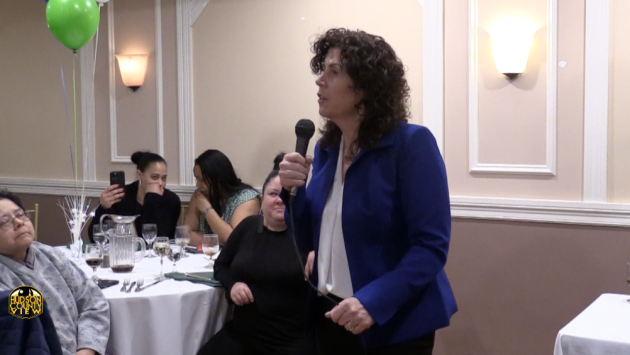 In a statement, she said she would be releasing campaign plans on “Solution Sundays” as the non-partisan May 10th municipal elections draw near.

“The truth is, as a candidate for office it’s very easy to say what you’re against. But, as we all know, it’s what someone stands for that really counts,” Ashe-Nadrowski added.

Speaking on garbage pickup, the candidate said that “the basic level of service isn’t being met right now” and that under her administration, services, frequency of pickup, timing of pickup, and workmanship standards would all be taken into consideration.

Ashe-Nadrowski continued that after evaluating costs, she would be open to rebidding the contract, bringing the services in house, or some combination of the two.

As far as parking is concerned, she proposes building new parking deck structures.

“While these do come at a cost, they are a far and away better use of space and would remove hundreds of cars from Bayonne streets – easing traffic congestion and aggravation,” she explained.

“I would propose these structures be funded by existing parking revenues generated by fines and fees, as well as contributions from developers who seek to profit from the economic development of our community.”

“These assessments will look for defects such as potholes, broken curbing, sinkholes, and broken storm drains,” stated Ashe-Nadrowski.

“These assessments help identify and prioritize where fixes need to be implemented immediately, instead of waiting until major overhauls are needed in the future. These assessments will double to ensure the City keeps our community an attractive place to live, work, and play.”

Ashe-Nadrowski is running a full slate against Mayor Jimmy Davis’ team, while Dr. Mitchell Brown is again seeking the mayor’s seat as an independent.