The Superior Court of New Jersey Appellate Division has upheld a decision to forfeit a disgraced former Hudson County jail deputy director’s pension, stating that he missed a crucial appeal deadline which he never provided an explanation for. 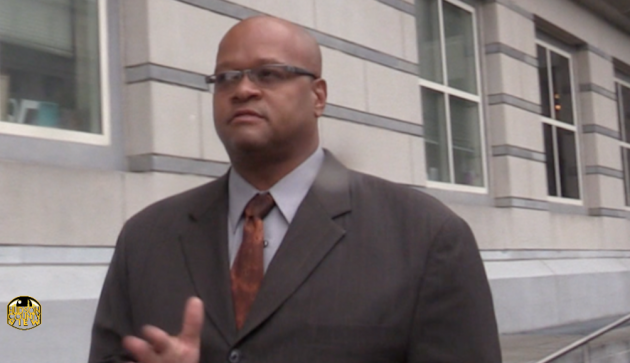 In March 2015, Kirk Eady was convicted of illegally phone tapping corrections officers and employees at the Hudson County Correctional Facility, later receiving a 21-month prison sentence in September of the same year.

The appellate court notes that Eady filed for retirement on May 1, 2015, but he was unable to collect after the board of trustees for the state Police and Firemen’s Retirement System voted that his “termination was dishonorable” on March 14, 2015.

“Eady did not submit an administrative appeal by the May 2, 2016 forty five-day deadline,” Appellate Judges Thomas W. Somners and Arnold L. Natoli wrote in today’s opinion.

“Over two months later, however, his counsel submitted a letter to the Board administratively appealing its decision to partially forfeit Eady’s service and salary credits. The letter did not explain why the appeal was late, nor was there a request to waive the time limitation period to file an appeal.”

On September 12th, 2016, the board of trustees dismissed Eady’s appeal since it was untimely.

Additionally, between April 7, 2017 and March 16, 2018, after Eady had been released from prison, his counsel requested at least three hearings with the PFRS board before requesting an Office of Administrative Law hearing.

Each of those requests were denied by the PFRS board since they felt Eady did not have any factual or legal standing, which is corroborated by the appellate court.

“Eady has not shown the Board violated express or implied legislative policies, or acted arbitrarily, capriciously, or unreasonably, in its final agency decision,” today’s decision reads.

“Nor does he deny receiving the Board’s notification of its March 14, 2016 decision partially forfeiting PFRS service and salary credits, or the September 14, 2016 decision rejecting his request to waive the forty-five-day time limitation period to appeal the partial forfeiture ruling.”

The appellate court also notes that Eady never provided an explanation as to why his appeal, along with his subsequent challenges to the PFRS board, should not be declared untimely.