Former Union City Police Officer Corey Corbo won a court decision paving the way for him to return to the force, despite an alleged drug overdose in 2014, though the city has vowed to appeal the ruling. 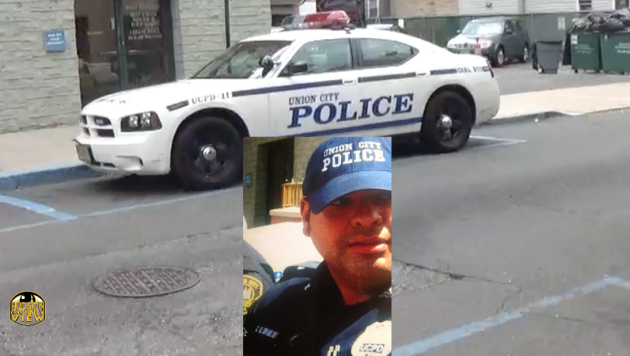 In a decision rendered by Superior Court of New Jersey Appellate Judges Douglas M. Fasciale and Scott J. Moynihan on Thursday, the court ruled that “both items of evidence used to discipline Corbo were hearsay.”

” … In that no competent evidence was introduced to prove Corbo’s ingestion of cocaine, we are compelled to reverse the decision removing him as a Union City police officer.”

In reviewing the decision by the New Jersey Civil Service Commission, which upheld Corbo’s termination, the judges detail the circumstances that led to the officer’s termination.

Back in June 2014, police and emergency medical service were called to a home in Monroe Township, where Corbo was unconscious and received CPR.

Monroe Police Officer Jamey DiGrazio testified about what he saw at the scene, noting that medical personnel told him that Corbo likely overdosed.

Corbo’s then-girlfriend, Jessica Garcia, also a Union City police officer at the time who has a pending appeal over her termination, was “visibly upset” when DiGrazio questioned her about the incident, according to the ruling.

Garcia then allegedly told DiGrazio that Corbo “did a bump about days ago,” later clarifying he ingested cocaine.

The evidence in question, first presented in front of an administrative law judge, included DiGrazio’s testimony, hospital records and a laboratory report from the hospital that indicated Corbo had cocaine in his system.

In one of our first published stories, Hudson County View reported that Corbo and Garcia were under investigation by the department for the incident in question.

The appellate court said that the evidence presented by the city was all hearsay, which is not sufficient to provide “a residuum of legal and competent evidence in the record to support it.”

Despite the latest ruling going in Corbo’s favor, it appears he will have at least one more hurdle to clear before he gets his old job back, since city spokeswoman Erin Knoedler said that the city will be appealing the decision.