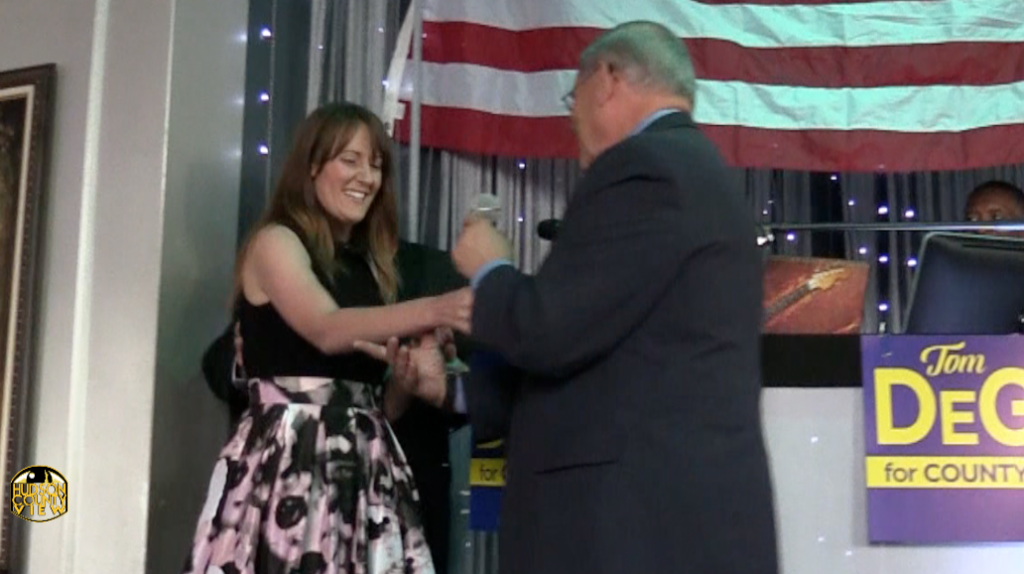 â€œStackâ€™s people are passing out literature and lots of signs urging people to vote Column B with no mention of Senator Menendez, who is running on Column A,â€ DeGise said in a statement.

â€œThey could very easily be telling people to vote for both Menendez and their candidates, but they are not. Stack could be running his slate on Column C but instead he deliberately choose to run on the same column as an anti-Menendez candidate.â€

Stack is doing his best to help keep West New York Mayor Felix Roque stay competitive in an off the line bid for 58 Democratic committee seats, which will be crucial in getting elected the next HCDO chair.

While Roque’s team, as well as long shot Democratic Senate candidate Lisa McCormick are running on Column B, Menendez and U.S. Rep. Albio Sires (D-8) are on top of the ticket for Column A.

â€œGiven Stackâ€™s past history of selling out the Democratic Party and his own District 33 constituents, we canâ€™t take a chance on him also selling out Bob Menendez for the right price if he becomes the party Chairman …Â The bottom line is that Stack is too erratic and untrustworthy to lead our county party.”