The Weehawken Planning Board voted 7-1 to finally approve Hartz Mountain Industries’ two proposed 14-story waterfront towers near their Lincoln Harbor property, but it took another marathon meeting – their 16th one overall – before the final votes were cast. 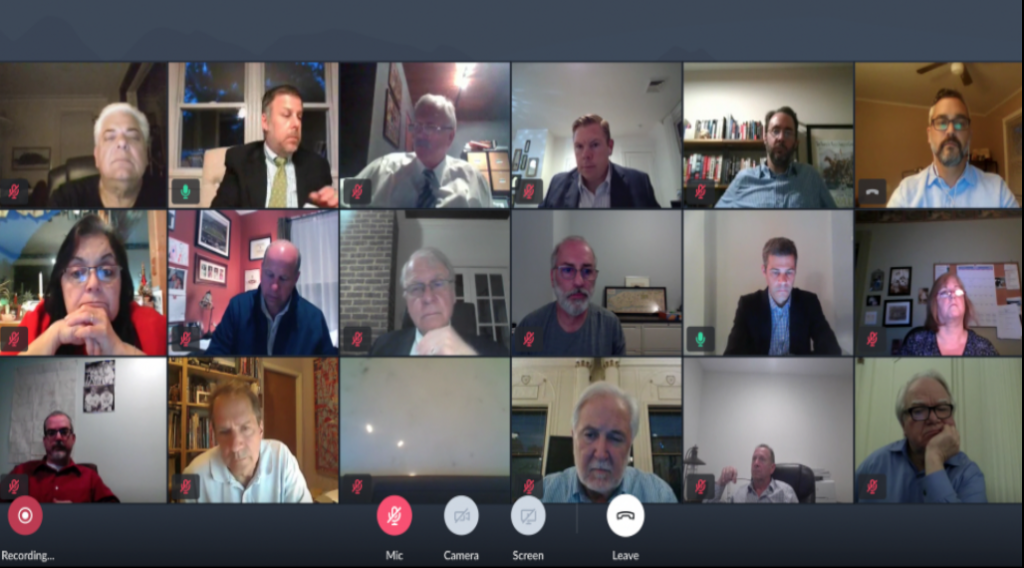 “I agree with the applicant’s planner, that in fact, that it is not on a lot by lot basis in the residential area that is devoted to residences’ planned development,” said Township Planner Jill Hartmann, who also indicated that no variances would be required for the development.

The first couple hours of the five-and-a-half hour meeting went relatively smoothly, with the majority of the time spent on parsing the details of the project.

The latest iteration of the development includes 259 residential units, 200 parking spaces for residents (along with another 80 spaces for visitors), a dog park, and two shuttle buses provided to residents by the developer.

The planning board rejected an 18-story proposal from Hartz in November, and while zoning changes approved by the town council looked to remedy those issues next month, that led to lawsuits by three parties involved: two separate companies affiliated with a Grant Street property and the Hoboken-based Fund for a Better Waterfront.

Nicolas Sekas, the attorney for the LLC that owns a nearby Grand Street property, called it “outrageous” that a vote was being encouraged virtually, particularly since he felt those who opposed the plan weren’t given a fair shake.

However, Planning Board Counsel Elise DiNardo pushed back against that notion.

“It is unfortunate that due to COVID-19 we are stuck with virtual meetings, but this is what is recommended from the state in order to keep the process moving forward,” she said.

Weehawken Mayor Richard Turner, the council’s appointee for the planning board, chimed in that this was the 16th hearing overall and that Sekas has had over a year to state his case.

” … There has been no major outcry, the phones are not ringing at City Hall, We know this town. It’s a small town. There would be pounding on every door if people were upset. So we’ve gone through a year process … they’d be coming to City Hall to protest with or without masks,” the mayor said.

The saga over the project began when Hartz sued the township in 2017 for what they say was a breach in a redevelopment agreement when they requested that the new development include free public parking.

After nine meetings on the old application, and seven on the new one, the planning board was final able to reach a consensus.

Weehawken Planning Board Commissioner Til Globig was the lone no vote, drawing the ire of several other member of the board as he asked for a delay on the vote for a multitude of reasons.

“In a number of settings, we’ve asked for clarifications [on] planned development, the parking, the overall square footages: we’ve gotten statements, but that’s all we’ve gotten,” he said, suggesting that the developer had not provided enough information to date in order to receive a certificate of occupancy.

“There’s nothing more dangerous than holding up a building permit,” Turner interjected.