Four candidates have declared their candidacy for a special council race in Bayonne’s 1st Ward this fall, with Councilman Neil Carroll III expected to defend his seat against three challengers. 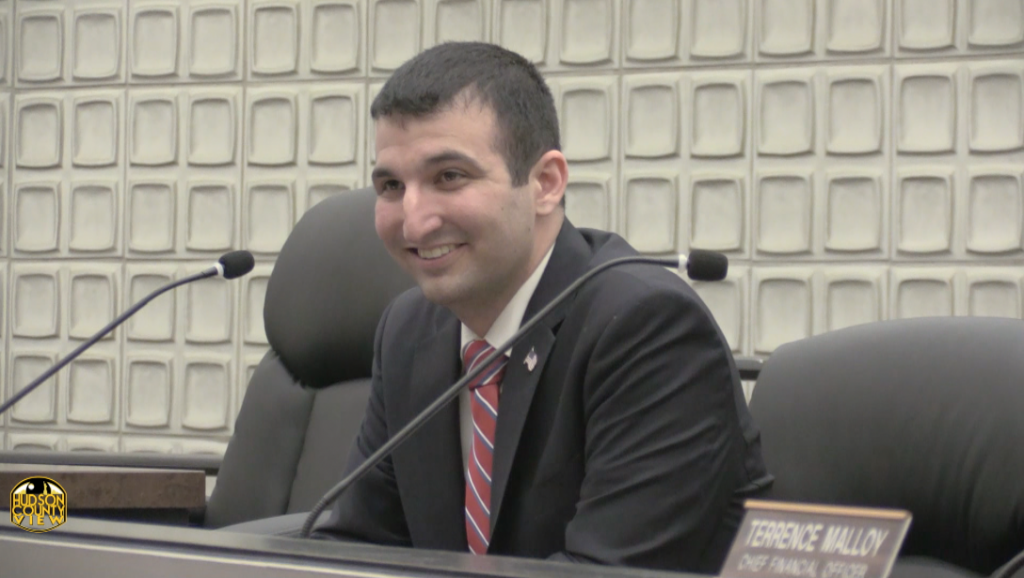 “I believe in public service: I was raised by a family who lived by the John F. Kennedy mantra of ‘ask not what your country can do for you, ask what you can do for your country,'” Carroll said over the phone today, noting that his grandfather in particular stressed the importance of municipal government and civic responsibility.

Carroll’s grandfather, Neil Carroll, Sr., was a renowned former freeholder who passed away at 91 years old in December – just two months after his grandson was appointed to the council.

Beyond that, the incumbent said that he will shortly be unveiling plans to alleviate parking concerns and has already begun to address flooding issues in his ward (he helped facilitate a public meeting on the subject last week).

John Cupo, a commissioner on the city’s housing authority board, is running under the slogan “Cupo Core Supporters” and told HCV that he has been getting a great response among residents so far.

“They simply say ‘Cupo, you have my vote, along with my wife and the rest of my family that live in my household … to date I have spoken to over 6000 residents in the 1st Ward,” he adding, also noting that he wants at least two debates with all the candidates present.

Peter Franco, a frequent critic of the Mayor Jimmy Davis administration that attends almost every city council meeting, is running for “A Better Bayonne” and has vowed to scale back residential development if elected.

â€œWhile growth creates new ratables and opportunities in our city, it also brings a set of new challenges such as funding to rebuild our infrastructure and to build pedestrian walkways across our highway so that we donâ€™t lose another life, as well as funding to build a recreational center and rebuild our schools for the next generation,” Franco said in a statement.

Specifically, Franco stated that he will outline a plan that prioritizes affordability, infrastructure investment and job creation to improve Bayonne as a place to live, work and raise a family.

The third and final challenger for the moment, real state broker Paul Hagdorn, announced today that he opened a campaign headquarters on 33 West 1st Street.

Being born and raised in Bayonne, Hagdorn said that it is now time to give back since his two children are older, also pointing out that he supported Davis and 2018 and feels he could work with the administration if elected.

“I feel that at this time in my life itâ€™s time to give back to my community. I donâ€™t have an axe to grind with the present administration and was a Davis supporter in the last election. If my bid is successful I would like to see and work toward stabilizing property taxes,” he said in an email.

“I would like to work toward a safer Bayonne by implementing a neighborhood watch. I would also like to help the homeless to get off of the street with an outreach for housing a recovery from substance abuse.”

Regarding his opponents, Carroll’s tone seemed to suggest that the more the merrier, permitting that everyone is jumping into the race for the right reasons.

“It’s a Democratic process: everybody has a right to run, if they think they are a benefit to the city, power to them … I have no particular comment on my opposition except that I wish them all the best and like myself, I hope that their intentions are true.”

The 1st Ward special election in Bayonne is November 5th and petitions for nomination are due at the city clerk’s office on September 3rd in order for candidates to be certified for the ballot.