Two women have filed citizen complaints against Hoboken Freeholder Anthony Romano (D-5) alleging that he shoved them as they protested at his fundraiser on Tuesday event. 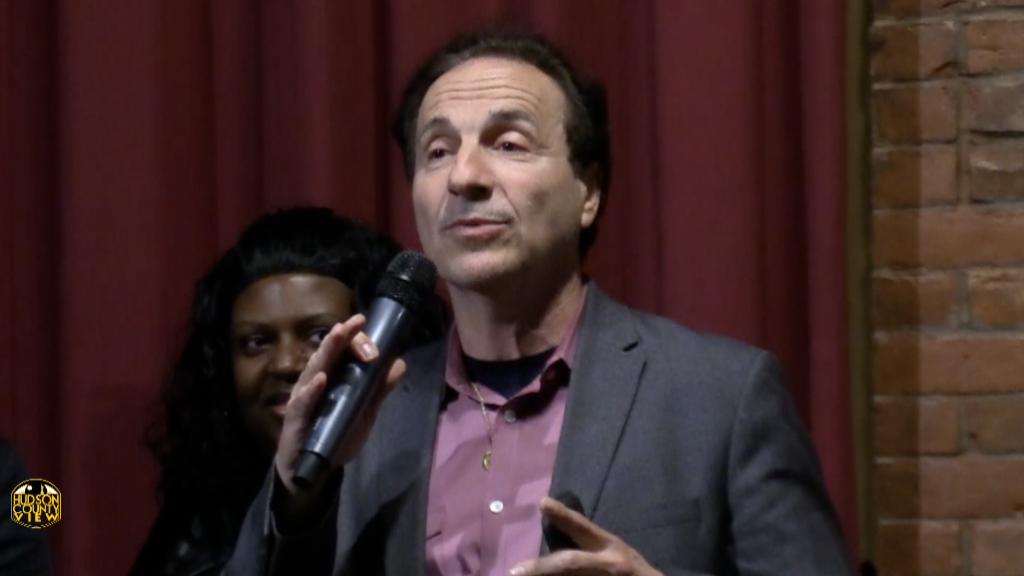 The text is accompanied by a 52-second video that shows Romano arriving to an outdoor tent beside the Malibu Diner, where he was hosting a holiday fundraiser, while on his cell phone.

Romano then makes contact with two women as he attempts to force his way into the tent, prompting a brief argument with a man who yells “Don’t put your hands on a woman. You touch somebody like me, you don’t touch her.”

The second woman who filed a complaint has been identified as Teresha Shen.

Shen couldn’t be reached for comment, while Torres didn’t immediately return an email seeking comment, though the latter told The Jersey Journal that Romano “pushed me and my friend really hard,” nearly knocking her over.

No further information on the incident was immediately available since the related police reports were deemed a criminal investigatory record exempt through an Open Public Records Act (OPRA) request.

The group chanted “No concentration camps: free them all!” as the freeholder arrived and were protesting the event in light of the board of chosen freeholders renewing their contract with U.S. Immigration and Customs Enforcement on November 24th.

Romano was one of the six freeholders who voted yes.

During an appearance on HCV Live and Uncut this afternoon, Romano said the allegations are “completely untrue, there was no assault.”

While he initially deferred further comment to his lawyer, Arthur Abrams, he continued that “he was completely engulfed by an unruly mob” and said that the matter likely escalated since police had not yet arrived to monitor the event.

Romano also claimed that the protest led to some minor property damage, such as a table for his holiday get together being “trampled.”

The Hoboken Police Department and Hudson County Sheriff’s Office kept watch over the protest for the majority of the fundraiser.

Hoboken Police Det. Sgt. Jonathan Mecka said the matter has been referred to the county prosecutor’s office and will be investigated further.

“The Hoboken Police Department can confirm that at 5 p.m. on Wednesday December 2nd, two citizen complaints were field against a public official. As per protocol, the matter was forwarded to the Hudson County Prosecutor’s Office and will be investigated.”

I just came home from filing assault charges against a Hudson County Freeholder.

Assembly clears Chaparro bill where proof of payment would erase $75...