Two men, one a former Hudson County Improvement Authority employee, were sentenced to 35 and 51 months in prison, respectively, for their roles in extorting thousands of dollars in corrupt payments during the construction of the Lincoln Park Skyway Golf Course in Jersey City, U.S. Attorney Paul Fishman announced. 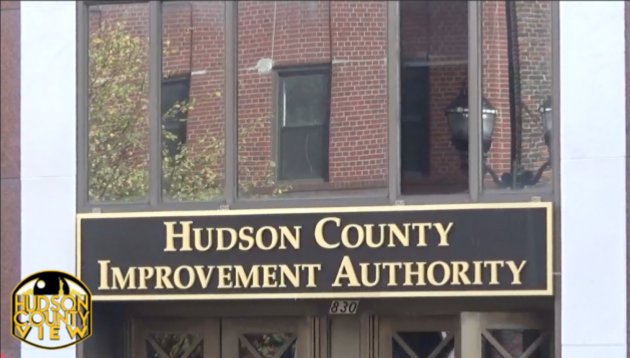 Gerard Pica, 66, of Middletown, and James Castaldo, 60, of Beachwood, previously pleaded guilty before U.S. District Judge Jose L. Linares to one count each of conspiracy to commit extortion under color of official right, officials said.

Back in 2010, the HCIA was overseeing the construction of a nine-hole public golf course located at Lincoln Park West in Jersey City.

As part of its construction, the LPW project required several hundred thousand cubic yards of soil, fill material and crushed stone to be incorporated into the site, as well as to serve as road bedding during the construction of the golf course.

As the overseer of the LPW project, one of the functions of the HCIAâ€”either directly or through a designated contractorâ€”was to serve as a gatekeeper for any material to be delivered to the LPW site.

It was the HCIAâ€™s responsibility to solicit, evaluate and decide which contractorsâ€™ proposals to accept for the provision of soil and fill material for the LPW project.

Meanwhile, Pica had been employed by the HCIA as an environmental scientist and had the ability to influence the HCIAâ€™s decisions regarding the selection of contractors to provide soil and fill material to the LPW project, authorities said.

An individual referred to in the indictment as â€œEmployee 1â€ also had authority over the selection of contractors seeking to provide materials for the project site.

From August 2010 through November 2011, Pica, Castaldo and others schemed to obtain payments from certain contractors in exchange for Pica and the unnamed employeeâ€™s assistance in getting approval for certain companies to provide materials for the LPW project, officials said.

Pica admitted that he arranged to obtain corrupt payments from â€œIndividual 3,â€ the owner of a recycling business in Bayonne.

Furthermore, Pica admitted using his authority at the HCIA to ensure that the unnamed individual 3 and his Bayonne company received approval to provide Class B materials, including crushed stone, for the LPW project.

As part of the agreement, Individual 3 would pay Castaldo a fee â€“ $2 per cubic yard of fill and soil material delivered to the site â€“ for the benefit of Pica, Castaldo and Employee 1, the indictment says.

Additionally, Pica admitted receiving approximately $6,600 in December 2010 as a partial payment of his share, as well as to creating a fraudulent invoice from a separate company which he owned for monies purportedly owed to him by Renda Enterprises, according to court documents.

Pica also owned up to accepting a check for $6,000 from Renda Enterprises in April 2011, knowing that this amount was further payment of his share which he extorted from Individual 3, officials said.

As for Castaldo, he admitted that in early 2011, he met with Pica and an unnamed â€œIndividual 1,â€ who was the owner of a full service environmental consulting firm seeking authorization to dump soil and fill material at the LPW site, authorities said.

The counts to which Pica and Castaldo pleaded guilty both carry a maximum potential penalty of 20 years in prison and a $250,000 fine, or twice the gross gain or loss from the offense. The duo also jointly responsible for forfeiture of $53,861.