A former prominent North Hudson developer, Rolando Cribeiro, is suing Union City Mayor Brian Stack – as well as city construction official Martin Martinetti – alleging that they plotted to “destroy” Cribeiro by not allowing a 98-unit project to get the proper building permits for completion. 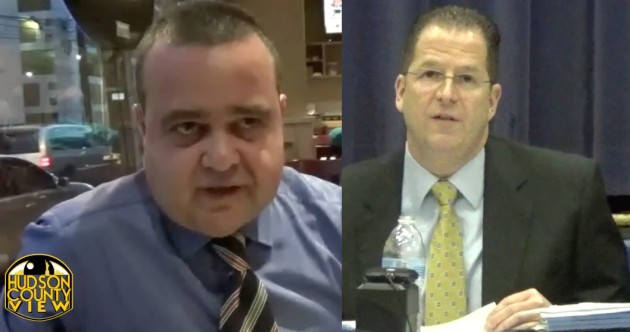 According to the federal lawsuit filed last week, Cribeiro, a Cuban immigrant who came to America in 1980, became familiar with North Hudson politics back in 1987 when he defended Union City Mayor Bruce Walter.

Fast forwarding to 2005 when Cribeiro, along with friend Medardo Perez, were business partners in Hudson Heights Development, LLC. They purchased property at 115 and 117 37th Street, with a plan of building four, three-family homes, the suit says.

After meeting with Stack, which was commonplace when a developer was putting a new project in frontÂ of the zoning board, he said the property Hudson Heights Development purchased would be better suited as a multi-unit, high-rise development to “increase the tax revenues in Union City,” the legal document alleges.

The lawsuit claims that In order to appease the mayor’s suggestion, Cribeiro and Perez added Charles Gus and Christopher Kalani as partners to Hudson Heights LLC, which allowed them to buy four more pieces of property that would make a high-rise development more realistic.

After a lengthy process with the Union City Zoning Board of Adjustment that lasted for roughly 3 years and requited a $3 million investment for experts and project development, Hudson Heights was still unable to proceed with the project in 2008 since the necessary building permits could not be obtained, the lawsuit says.

By 2010, Gus had cut off all ties with Cribeiro, blaming him for the company’s failure, and Cribeiro began getting treated for depression in March of the same year, according to allegations made in the suit.

In May 2013, Cribeiro was arrested for bribing a bank official. Prior to pleading guilty to the charge in February 2014, Cribeiro says that federal agents told him Stack was a potential target, though Cribeiro felt obligated to “protect” Stack.

Shortly before going to jail, through the suit, Cribeiro states that Stack called him offering him a job if he needed help after serving his jail sentence, even offering to set him up on a date with a girlfriend’s friend.

He served five months in prison as a result of pleading guilty to the bribery charge.

In September of last year, during a consultation with attorney Louis Zayas on an unrelated matter, Cribeiro alleges that he learned that Stack threatened to “destroy” himÂ for orchestrating an event where an airplane flew a banner critical of Stack during a Union City press conference that included then-Governor Jim McGreevey.

In subsequent months, Cribeiro came to the conclusion that Martin “Marty” Martinetti, the Union City construction official, gives building permits based on the discretion of Stack, the lawsuit alleges.

Furthermore, the suit claims that Stack does not approve projects unless developers contribute sufficiently to his political campaigns and Union City First, his civic organization.

In the suit, Cribeiro also names other previous litigation involving Stack, Martinetti and/or the city of Union City, including a 2007 federal case filed by developer Ralph Lieber that was settled in 2011 for $850,000, as examples of Stack controlling matter put before the zoning board.

Lieber was represented by Hackensack attorney William Goldberg, who is also representing Cribeiro in this legal matter.

Cribeiro is seeking $2.7 million for actual and compensatory damages for Hudson Heights, LLC never being issued construction and building permits, $6 million for the economic loses sustained by Hudson Heights for Stack and Martinetti’s “violation of their oaths of office,” and another $6 million for civil rights violations.

Furthermore, Cribeiro is seeking an undetermined compensation for violating the Tort Claims Act (official misconduct beyond their scope of employment), as well as intentional infliction of emotional distress.

He also seeks compensation for consequent damages, counsel fees, costs of suit and such other and further relief as the court deems appropriate.

“It impossible to do business in Union City without breaking the law,” Cribeiro told Hudson County View, declining to elaborate on the matter further.

Goldberg could not immediately be reached by Hudson County View and Stack did not return calls seeking comment on the matter.

As Cirillo vs. Sires heats up in West New York, Roque...