With as many as two months have gone by since some Hudson County COVID-19 vaccination centers have launched, state and national data provides some insight on how they’ve fared to date compared to other parts of New Jersey. 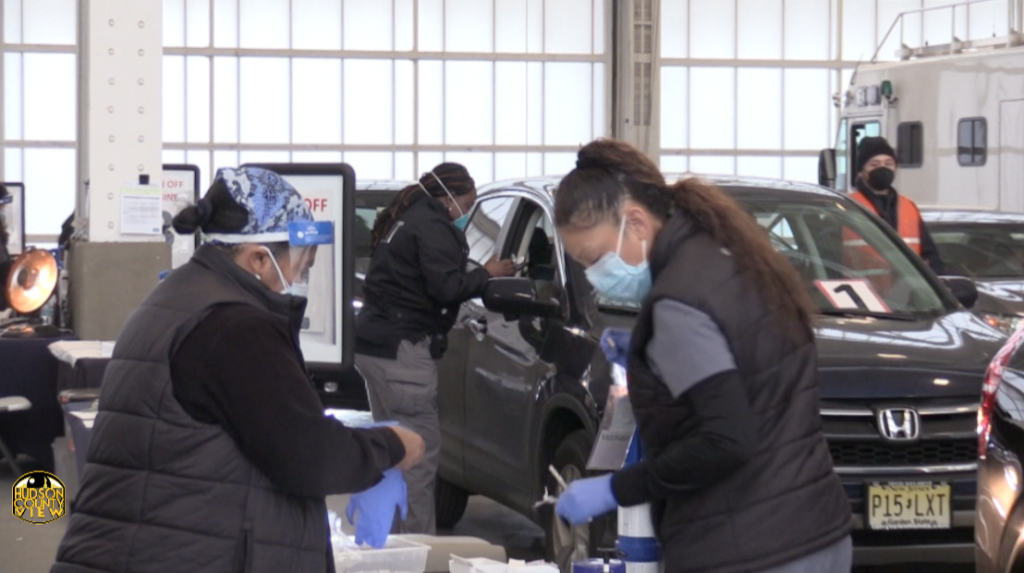 According to COVID Act Now, a 501(c)(3) non-profit group that provides coronavirus data for locations nationwide, Hudson County has the worst vaccination rate among New Jersey’s 21 counties, with just 8.3 percent of their population receiving their first shot.

CAN notes that their overall data is compiled from the U.S. Department of Health and Human Services, the U.S. Centers for Disease Control, the New York Times, and state and county health boards.

On the other hand, the New Jersey Department of Health takes a look at the volume in each county, with Hudson ranking 11th out of 21 counties with 81,931 vaccines administered to date – 57,275 first doses and 24,464 second doses.

They do not take into account what these figures mean in terms of percentage of the population the way that CAN does.

The vast majority, 57 percent, of the people who have been vaccinated are between the ages of 50 and 79.

As far as the ethnicities for the vaccinated populations go, 34 percent are white, 18 percent are Hispanic, nine percent are Asian, and just four percent are Black. 17 percent also identified as “unknown,” with 18 percent registering as “other.”

In Passaic County, who has only administered about 2,000 less doses to date than Hudson, many other vaccination statistics are similar as well, though demographics show 45 percent of vaccinated people are white, nine percent are Hispanic, and three percent are black.

North Bergen and the county-run operation, located at the USS Juneau Center in Kearny, began giving injections before Christmas, while Jersey City followed suit at the Mary McCleod Bethune Center last month, around the same time the Kearny municipal site open at their high school.

While Gov. Phil Murphy (D) praised the efforts in Kearny and Jersey City during recent visits, the county’s facility has also faced scrutiny for only being available to drivers, as well as for having low vaccination rates for Black and Hispanic residents.

Furthermore, the Juneau Center has earned the reputation as the fastest and most efficient vaccination effort in Hudson, performing over 1,200 vaccinations per week.

On a statewide scale, a poll conducted by Project Ready says that 59 percent of New Jersey voters have a negative perception of the state’s vaccine rollout, which conversely received high marks from Black (57 percent) and Hispanic (49 percent) residents who responded.

Meanwhile, only 27 percent of white voters polled rated the state’s vaccine plan as “good” or “excellent.”