West New York Mayor Gabriel Rodriguez is praising the first responders who worked through Friday night’s shooting that left one suspect dead and one police officer injured – though he is now home recovering. 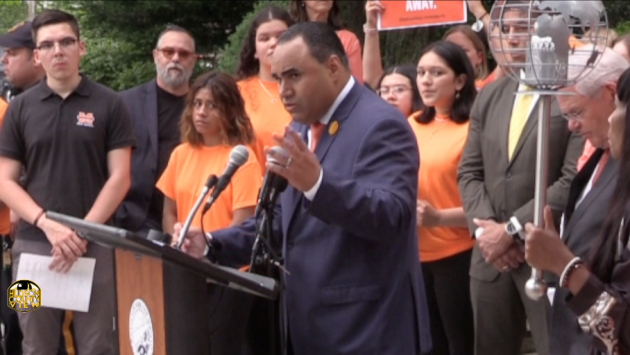 “As mayor, and on behalf of the community of West New York, I would like to thank the Attorney General’s office, the Hudson County Prosecutor’s Office and all of our neighboring law enforcement agencies for their help and leadership in assisting us in this difficult matter,” Rodriguez said in a statement this evening.

“With all that is going on throughout our nation, an incident like this is never easy for a community to deal with, but Friday night I witnessed first hand the work of the many first responders who came to our aid in our time of need … I could not be more appreciative of the rapid response by our West New York Police Department and the aid from all neighboring departments and agencies.”

He also said their community remained safe because of their actions and thanked them for their bravery.

The New Jersey Attorney General’s Office confirmed on Saturday that one suspect was killed and that one officer was injured in the incident, declining to release their names due to the ongoing investigation.

However, HCV was previously able to identify the man in uniform as Police Officer Samuel Molina-Urena. Rodriguez said that he visited the officer Friday night and that he has since been discharged from the hospital and is fully recovering.

Video footage captured of the incident also shows that at least one suspect was arrested on the scene.

The day before the shooting, Rodriguez participated in a gun safety rally at Memorial High School led by U.S. Senators Cory Booker and Bob Menendez (D-NJ).