West New York Mayor Felix Roque has filed a lawsuit in Hudson County Superior Court alleging that his three political opponents on the board of commissioners engaged in “unlawful acts” in an effort to consolidate power. 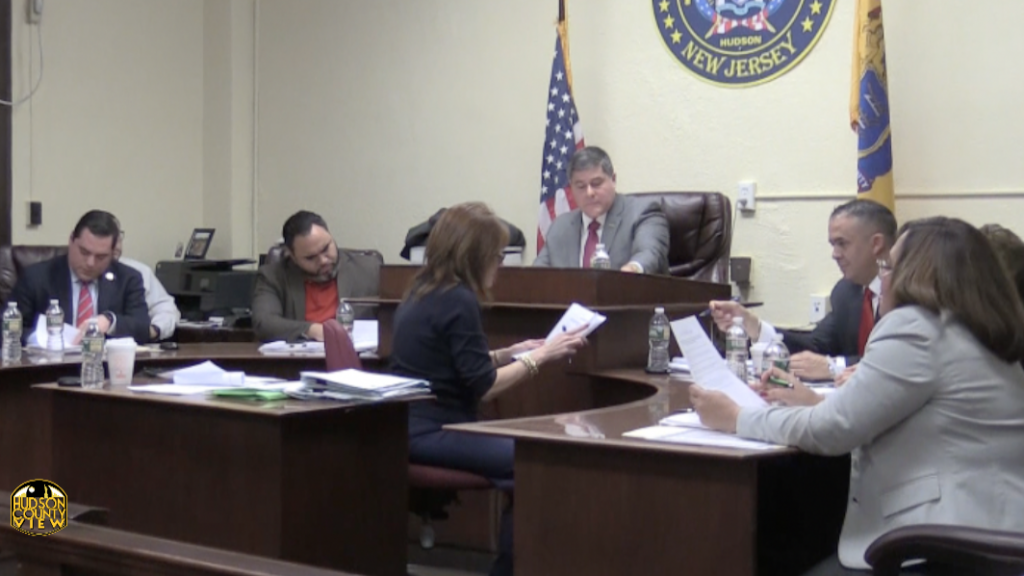 “Over the past year, Commissioner Rodriguez, the ringleader of the effort to sideline Mayor Roque, along with Commissioners Cirillo and Guzman have engaged in a series of unlawful acts stripping Mayor Roque of the powers granted to him by the Legislature, pursuant to the Walsh Act, for no reason other than to limit his ability to participate in the Townâ€™s government as an elected official,” the lawsuit, filed on February 26th, claims.

The suit also targets Corporation Counsel Michael Jimenez, claiming the actions seeks to remove him as “acting business administrator,” although he had dismissed that notion through a spokesman when Roque filed an ethics complaint against him last month.

Roque’s lawsuit comes after nearly a year of the board of commissioners introducing add-on resolutions, consistently passing by a vote of 3-2, that have had a direct and immediate impact on his office.

Back in April, the governing body took a series of votes that were highlighted by approving a measure that halted elected officials from using police escorts, something that the mayor was known to utilize as the commissioner of the Department of Public Safety.

While the tensions between Roque and three of his former runnings mates, Cosmo Cirillo, Margarita Guzman and Gabriel Rodriguez, were becoming undeniable at this point, things hit a crescendo when Rodriguez replaced Roque as the head of public safety in November.

Through the lawsuit, Roque claims that the municipal government was operating just fine until it was clear that Amy DeGise, the daughter of Hudson County Executive Tom DeGise, would be challenging state Senator (D-33)/Union City Mayor Brian Stack to take over as chair of the Hudson County Democratic Organization in June.

“Since his decision to support Mayor Stack, the Rodriguez Commissioners have sought to exact political retribution against Mayor Roque rather than acting in the best interests of the Town,” the lawsuit says.

Some of Roque’s other concerns mentioned in the suit include dissolving the West New York Health Department as part of a shared services agreement with North Bergen and preventing him from hiring a new chief of staff – though officials had previously cited budgetary concerns in both matters.

“It is very sad that these commissioners have violated their oaths and are interfering with our government for their political purposes,” Roque said in a statement.

Roque’s lawsuit comes during prime election season, with the filing deadline for the May 14th municipal elections set for Monday, March 11th at 4 p.m.

The mayor, spearheading the “Forward with Roque” slate, is seeking a third term, while Rodriguez is on top of the “New Beginnings West New York” ticket.

NBWNY spokesman Phil Swibinski was quick to dismiss the court filing, claiming Roque’s own mismanagement is what led to problems within the local government.

“Commissioners Rodriguez, Cirillo and Guzman took control of the Board of Commissioners because they refused to allow Mayor Roque to continue mismanaging West New York government, trying to hire unqualified political cronies for $200,000 jobs and failing the residents of the community,” he said.

“Now, they’re running as the New Beginnings team to make West New York safer and cleaner while improving public services and putting an end the chaos of the Roque years. This lawsuit is a desperate attempt by Mayor Roque to cling to power by misusing the court system.”

In response, Roque said Swibinski must be “new to West New York” since taxes were raised 51 percent, numerous police officers were laid off, the roads and parks were in “disrepair” and schools were ailing.

Editor’s note: This story was updated with a comment from a spokesman for New Beginnings West New York.

Hoboken policing policy survey asks residents if they would support a...