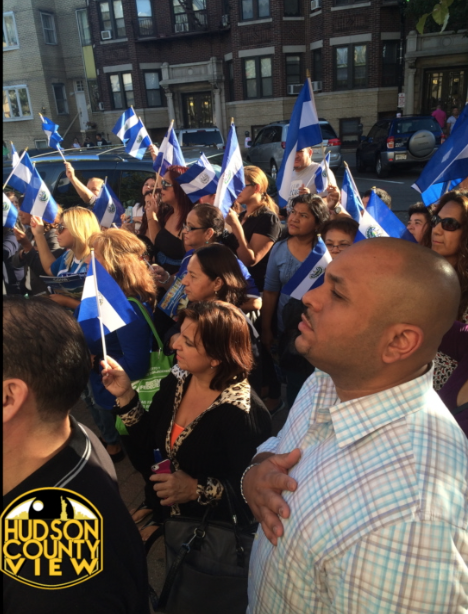 More than one flag was raised that day – as the flags of proud Salvadorian Americans could be seen waving in the crowd.

“We celebrated the Indepence of El Salvador – approximately, this is the 193rd anniversay. There are appoximately 2.5 million inhabitants in the United States in which 10,000 Salvadorians live in West New York and they make the flavor of what the community is all about,” said West New York Mayor Felix Roque.

“It’s a way to honor their independence and to show we really care about them – they’re apart of my community.”

El Salvador declared their independence on September 15, 1821 after a series of uprisings against Spanish authority during the Independence Movement which began a decade prior.

Now, Salvadorian Americans are the fourth-largest Hispanic community in the United States – of those communities, 7.8% are West New York residents.

Previous to El Salvador’s service, Guatamala, who helped influence the signing of Acta de Independencia, was also honored with a flag raising ceremony. Additionally, Costa Rico, Hondorus, and Nicaragua were amongst the Central American countries that acquired sovereignty.

“They do say the United States is a melting pot of the world and here we are, we have the proof right here in West New York,” said Roque.