West New York Department of Public Works Commissioner Gabriel Rodriguez was hired as an account manager at a salary of $95,000 by the board of education last night. With no public discussion, the board approved the new hire by a vote of 5-3(1), with Trustees Matthew Cheng, Lorena Portillo and Ron Scheurle voting against the measure.

As only Hudson County View reported, the BOE would vote on whether or not hire Rodriguez as an account manager, which was first advertised on July 31st.

While a draft resolution indicated he would be hired at a salary of $90,000, the final draft that was approved hiked his compensation up to $95,000 – effective from October 1st of this year through June 30th, 2018.

West New York Education Association Anita Kober was the only member of the public, in a meeting where only a handful of people were in attendance, who spoke up about new hire.

“It was for the business department, correct?,” Kober asked.

“No,” answered both Austin and Herrera.

Kober continued by asking what Brian Buckley’s job title is, which is accounting manager, according to Austin.

Buckley left the Bayonne school district as he was being blamed for at least a $6 million budget shortfall before being hired in West New York.

“Oh, okay. Because I’m thinking that for $95,000 a year, that money could’ve been used to hire another teacher or and another aide, or even a supervisor for the art and music department,” Kober concluded.

He is expected to leave his post in Sires’ office as a result of getting the BOE job, sources told Hudson County View. 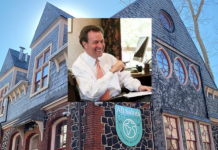 After another special BOE meeting, Jersey City teachers remain without a...