Jersey City Council President Joyce Watterman is planning to introduce a resolution at next week’s council meeting to form an ad hoc police committee that includes both council and community members. 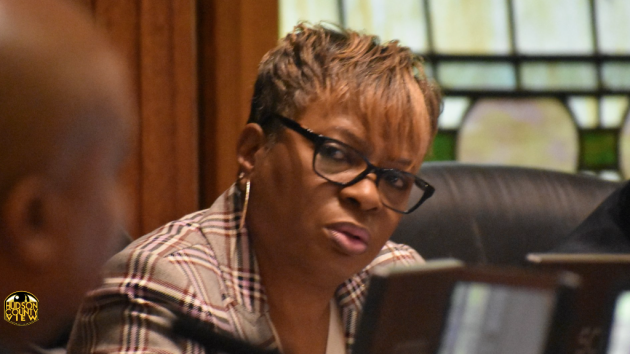 â€œDue to the situation at hand, both the violence that occurred and the protests that have emerged from it, I believed this would be a good opportunity for us to examine how our police department handles various situation and make changes where needed,â€ Watterman said in a statement.

â€œThis is a time for Jersey City to examine its police procedures and have open dialogue with the community to bring reform.â€

If the resolution is approved at the June 10th meeting, the ad hoc committee will be constructed of a cross-section of the community.

Specifically, it would consist of between 9 to 12 members with representation for all six municipal wards that would include clergy, educators, a retired police officer or a judge, and at least three council members.

“Here in Jersey City we want to be moving forward together in solidarity – not with more violence, but rather by creating robust and promising partnerships for a change that is sustainable now and for future generations to come,â€ added Mayor Steven Fulop.

“I think it’s a good step. I’m glad that the council president is taking the initiative to bring these people together, I think it’s a step in the right direction. To be clear, I view this and the CCRB as two separate things,” Solomon said today.

“With the CCRB, we would look at specific incidents and complaints, so they can both exist together, they’re not in competition with each other.”

While Fulop said he is on board with having a CCRB in Jersey City, they are awaiting the results of legal proceedings in Newark before trying to establish their own entity.

Anyone interested in being a part of the committee can submit their resume by emailing your councilperson by June 19th. For more information, call the city council office at 201-547-5134.