Two Bayonne residents called on city officials at last night’s council meeting to get a food bank project off the ground as many residents are awaiting assistance. 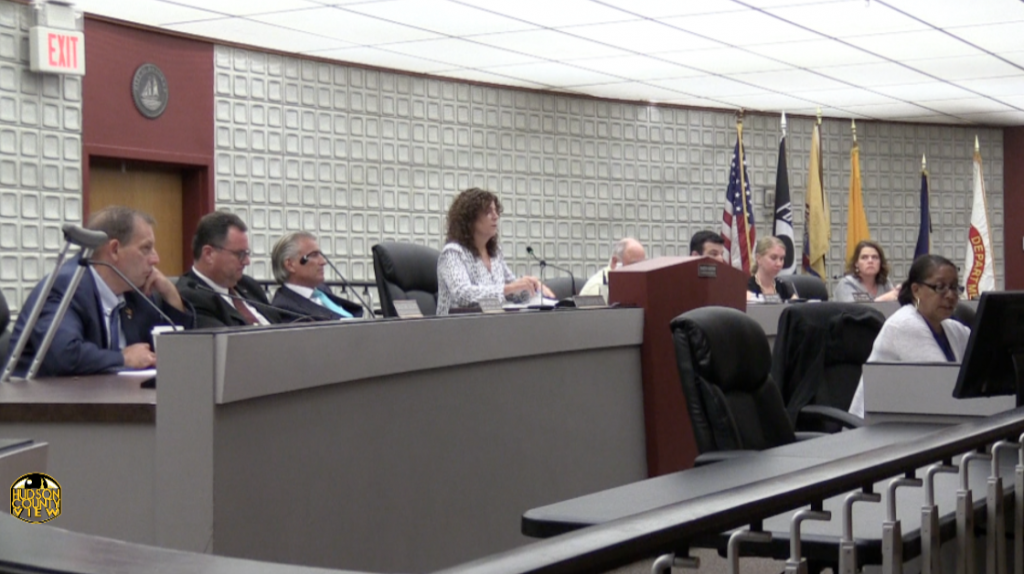 ” … During [the pandemic], our city’s most vulnerable relied heavily on charitable organizations such as Hunger-Free Bayonne, Bayonne in Bayonne, and all the food pantries and volunteers throughout our community,” stated Peter Franco.

“Council President [Sharon] Nadrowski and [Business Administrator] Melissa Mathews played a big part in that, forming a community food bank and delivering food to thousands of families throughout Bayonne. As I learned two weeks ago, the newspapers revealed that those efforts have been stopped as the result of a delay no conflict letter from the Bayonne Law Department.”

He added that “it blows my mind” this matter has been dragged out for 10 months and urged Law Director Jay Coffey to do the right thing. He said after Franco’s remarks that the matter is being reviewed by outside counsel.

Nadrowski noted that she has been helping to organize food handout Tuesday and Thursdays at 11 a.m., which has been made possible through donations alone.

“I get phone calls, people are knocking on my door. They know that I was able to make some food baskets from the Salvation Army. I’ve seen all of you in action … We need an answer. I know Mr. Coffey said the answer is gonna be solved but what can we do with the people who are waiting?,” she questioned.

“I mean these people are happy that they get some food for the next three days or the next two days because they don’t have anything to eat. It is that bad so we need something to be done.”

Nadrowski thanked Jaquez for her continued contributions to the cause and vowed that the matter would be sorted out eventually.

“We will certainly find a way to resolve this and make sure that we get food out to these residents,” said the council president.

City spokesman Joe Ryan told HCV today that “I have nothing new about that yet” when asked if there was any update on the food bank.

With the no conflict letter, the effort spearheaded by Nadrowski and Mathews would be able to secure $150,000 in Community Development Block Grant (CDBG) funding, but it is stuck in limbo without it even with $10,000 independently raised.

In recent months, Nadrowski has become viewed as a potential political opponent to Mayor Jimmy Davis as she is expected to be off his re-election ticket, while Mathews filed a gender discrimination suit against the city and several high-ranking officials, including Coffey and Davis, in April.

Police: Man with heroin passed out with car running in front...