Jersey City Ward E Councilman James Solomon is proposing ethics reforms to avoid being “a punchline because of corruption” by raising the bar on local standards and codes. 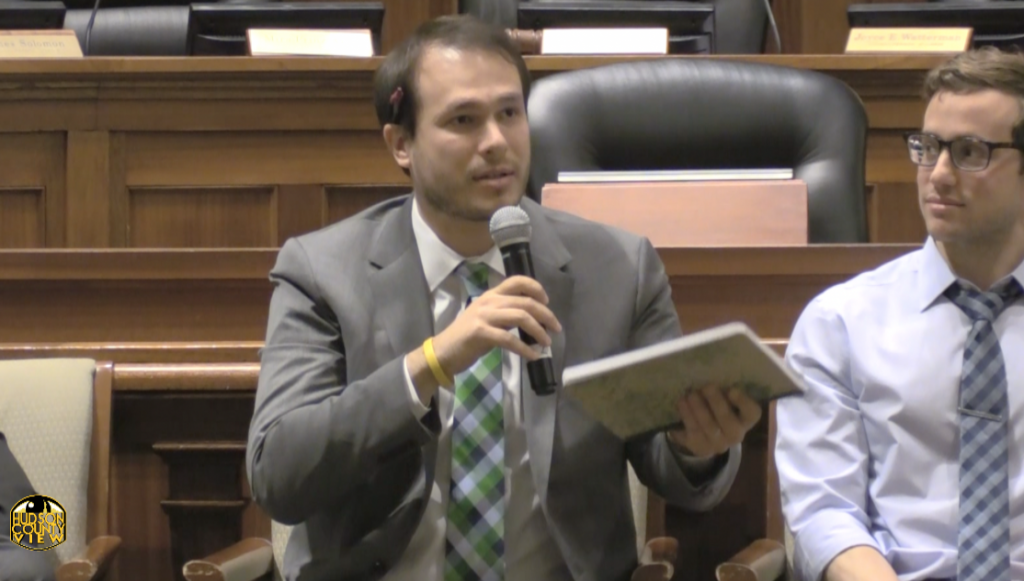 “We can’t go back to the days when Jersey City was a punchline because of corruption. This plan will continue to tighten our ethical rules so that people can keep building trust in our city’s government,” Solomon said in a statement.

“I am committed to the highest ethical standards, that’s why I don’t take any campaign contributions from Jersey City developers and why I’ve fought to make Jersey City government more open and transparent.”

In his plan, the Downtown councilman pointed out that it was just over a decade ago that the FBI arrested 44 officials as part of Operation Bid Rig and that corruption in Jersey City remains a concern.

Specifically, he cites three situations: the Jersey City police off-duty jobs scandal where a dozen officers were paid for work they did not perform, then-Board of Education President Sudhan Thomas allegedly taking cash bribes from a potential school contractor, and a rec department employee who pleaded guilty to stealing $80,000 by inflating the payroll.

Reforming the city’s six-member, volunteer Ethical Standards Board, specifically changing the appointment process where they are not solely named to the governing body by the mayor and instead by an independent commission compromised of residents and experts.

“Making the Board’s work more accessible and transparent is an important first step, but will be inadequate unless it is paired with reforms that boost the boards independence and investigatory mandate,” his plan says, noting that the ESB has the ability to issue subpoenas and impose penalties.

Additionally, Solomon calls for strengthening the city’s existing Ethics Code to include an obligation to report wrongdoing, provide better protections for whistleblowers, and increase penalty amounts for non-criminal violations.

Finally, he is seeking mandatory annual training for all public officials, implemented by professional ethics education and training providers.

This education will provide the regulatory context that the Ethics Board will be in charge of monitoring and will inform government officials of their obligations under both the municipal ethics code and the law.

T. Patrick Hill, Ph.D., an associate professor at The Edward J. Bloustein School of Planning and Public Policy at Rutgers University, vocalized support for the changes suggested by Solomon.

“Corruption in government, at any level, breeds a corrosive, self-defeating cynicism for effective governance,” he said.

“The program announced today to restore ethics to Jersey City’s governance should be welcomed and embraced by all, regardless of personal interest or political affiliation, as serving the common good of this remarkable city.”