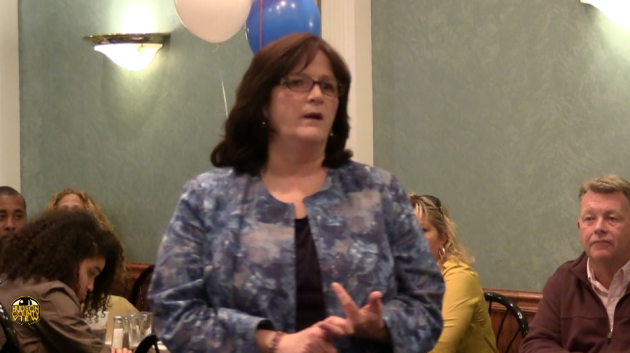 “After years of Bayonne and Hudson County working back into a leadership roll at the state level, this novice decision may hugely impact Bayonne’s financial future.”

She continued that she would work to bring “fresh and progressive leadership” that supports candidates at the local, county, statewide, and even national level, as well as introducing a screening process to ensure that only “real Democrats” get the party’s endorsement.

The Bayonne Democrats, which has 102 members, will hold their reorganization meeting at the Catholic War Veterans Post at 18 West 23rd St. on Wednesday evening.

Davis will be seeking a third term as mayor in May so winning by a big plurality here will be imperative to get his re-election bid off on the right foot.